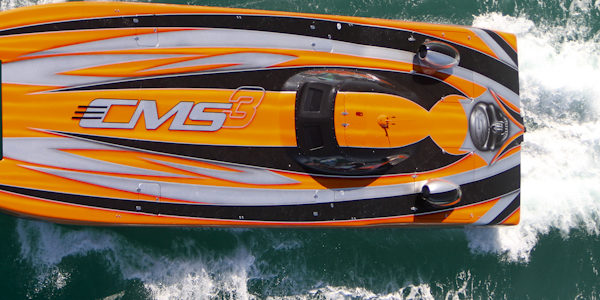 Despite stopping for a major engine electronics malfunction at the end of the first lap Friday, Bull and Scism’s boat, CMS, averaged 108.92 mph over the 42.4-mile course.

After CMS stopped, Cintron, driven by Marc Granet and Rich Wyatt, took the lead. But mechanical woes affected Granet and Wyatt. A blower belt on one of two engines broke. Like a NASCAR pit crew, they tried to fix it at sea but couldn’t. They limped to the finish line in second place.

Going into Sunday’s final race, Cintron has a slight lead for the world title.