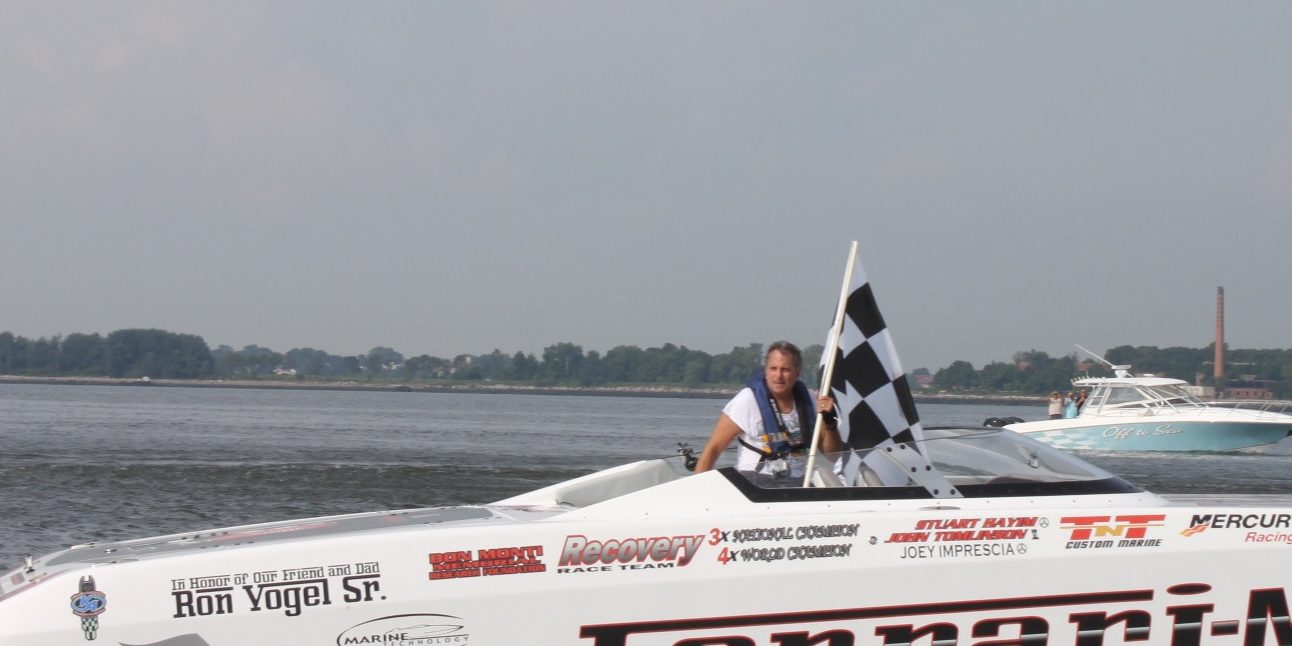 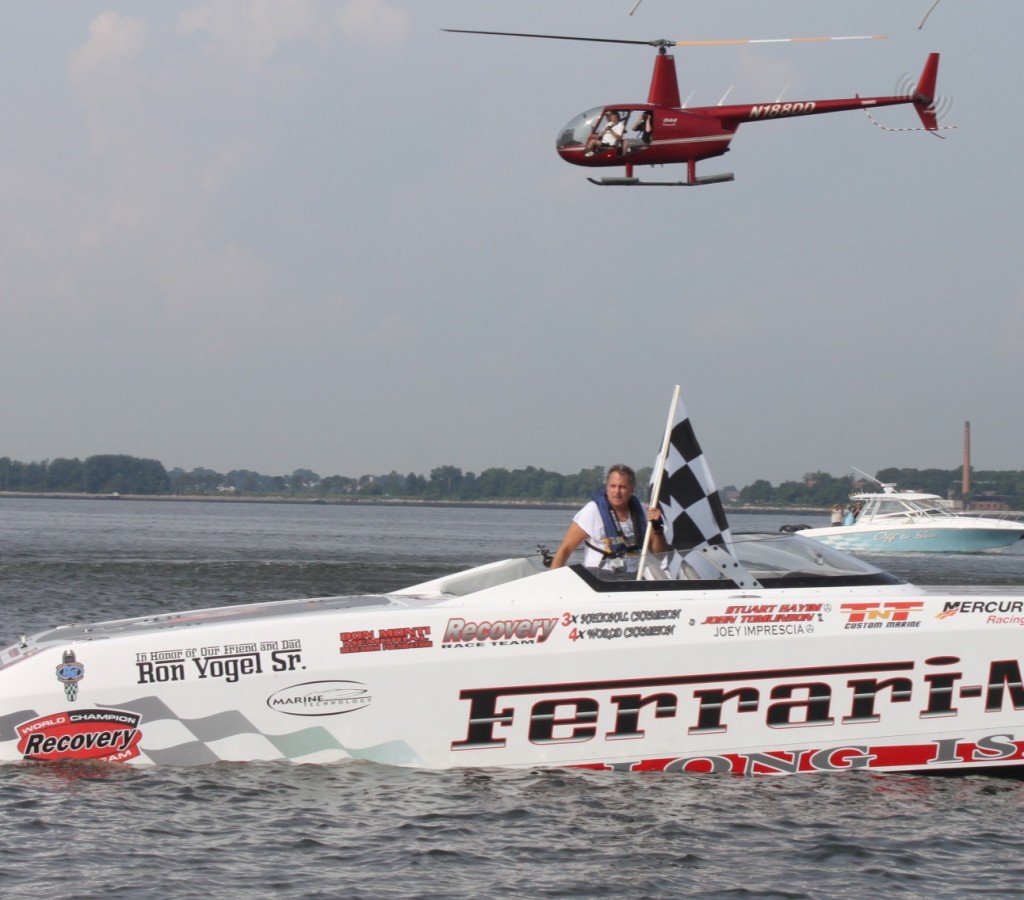 STUART HAYIM CRUSHES RECORD FOR NAVIGATING A POWERBOAT AROUND LONG ISLAND IN THE NAME OF CHARITY!

After A 15 year Hiatus, Hayim Returns To The Water To Benefit The Don Monti Memorial Foundation.

On the morning of Wednesday August 8th, World Champion Powerboat Racer, Stuart Hayim, successfully broke his own record for navigating around Long Island. Hayim, accompanied by top throttleman John Tomlinson, obliterated the previous record of three hours and six minutes, which he had set himself in 1989. He crossed the finish line with a final time of two hours and 11 minutes as recorded by the National Powerboat Association. NBPA’s own Executive Director Billy Frenz and his team were on hand to witness the race.

Hayim, who owns Experience Auto Group, participated in the race as a way to raise money and awareness for the Don Monti Memorial Research Foundation. In 1979, he was diagnosed with Lymphoma and was a patient at the Don Monti Cancer Center located at the North Shore University Hospital on Long Island. After defeating the disease, he committed himself to racing his powerboat, which he appropriately named “Recovery,” and donated all of his winnings to the foundation.

Hayim and Tomlinson rode at an average speed of 121.3 mph but there were several points where they were able to reach over 150 mph. When the race was over, Hayim was greeted at the Manhasset Bay Marina by family members and close friends as well as Caroline Monti-Saldino and Richard Monti of the Don Monti Memorial Research Foundation.

On September 12th, a Finish Line Fundraiser will be held at the Ferrari Maserati of Long Island showroom to celebrate Hayim’s success in breaking the record and to raise additional funds for the foundation. The event will consist of cocktails, a scotch tasting, live music and DJ, VIP gift bags and a luxury silent auction. Indie car driver Paul Tracy among other sports figures and celebrity guests will be in attendance to show their support. Tickets will be sold for $125 each and can be purchased by calling Laura Fisher at (516) 671-7575 or emailing lfisher@ferrarili.com. Donations can also be made up until September 12th made by visiting www.breakingrecords.org.