Speed On The Water Exclusive: Driving the Game-Changing MTI-V 42 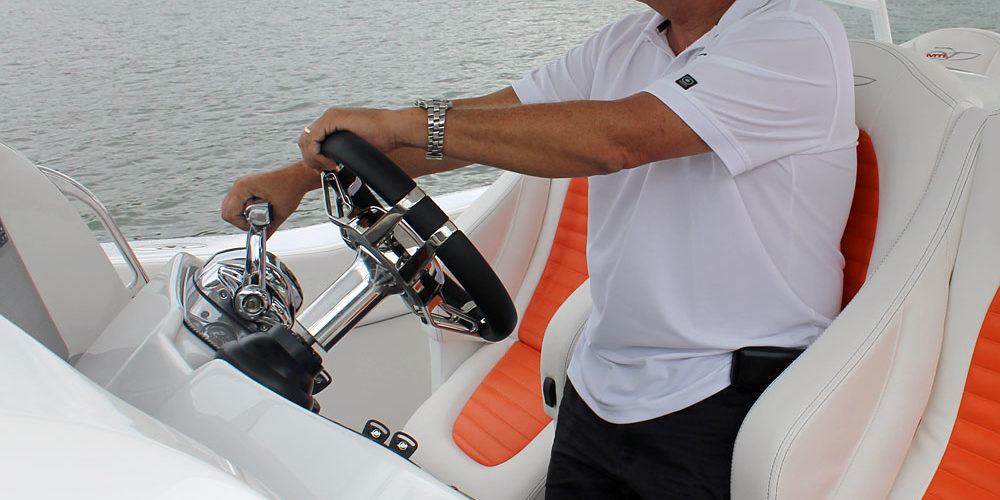 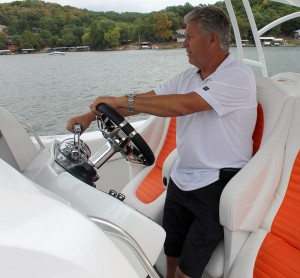 Check out this wicked review of our new MTI-V 42 prototype! Randy Scism took Jason Johnson of Speed On The Water out for a test drive of our new center console, and this is what Johnson had to say after his exclusive preview during the Lake of the Ozarks Shootout!

For any skeptics out there, a ride in the prototype MTI-V 42 from Marine Technology Inc. (MTI) proved—at least to me—that the Wentzville, Mo., company has what it takes to build a V-bottom.

With owner Randy Scism on board, I got an exclusive test drive of the 42-foot center console, the hull of which Scism and company have been testing and validating for the past few months, at the Lake of the Ozarks Shootout in Missouri last Sunday. Much to my surprise, MTI “finished” its Performance Validation: V-001 vessel just in time for the Shootout and had the boat at the docks on Friday at Dog Days and on Saturday and Sunday at Captain Ron’s—the host location for the 24th annual Shootout.

An obvious work in progress, the model was there for customer (and potential customer) demo rides, not to wow the crowd with its impressive features. Still, for a prototype, I was impressed at how much effort the company put into it. Below the covering, which Scism said weighs three times as much as the CNC-designed hardtop will, were two rows of three electric dropout bolsters for sitting or standing as well as a complete set of helm electronics, including a pair of 15-inch Garmin GPSMAP 7215 displays, twin Mercury SmartCraft VesselView systems, a row of accessory switches and a remote for the stereo.

For the rest of the article, visit speedonthewater.com.
[Not a valid template]