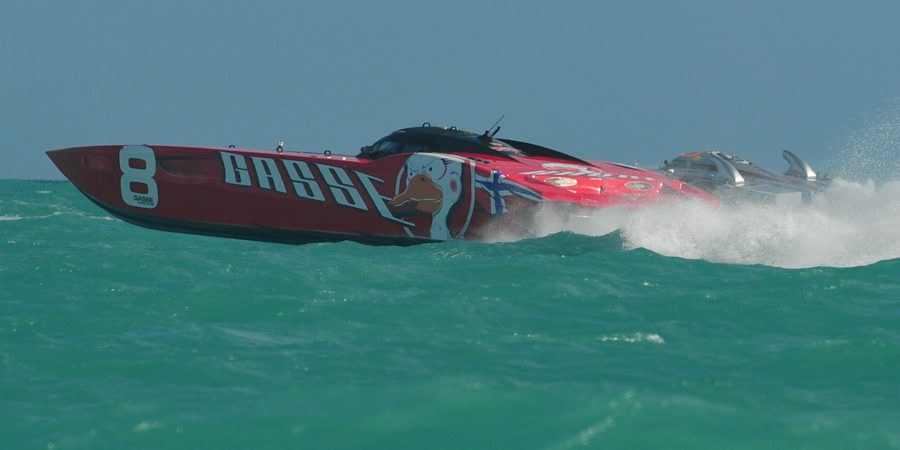 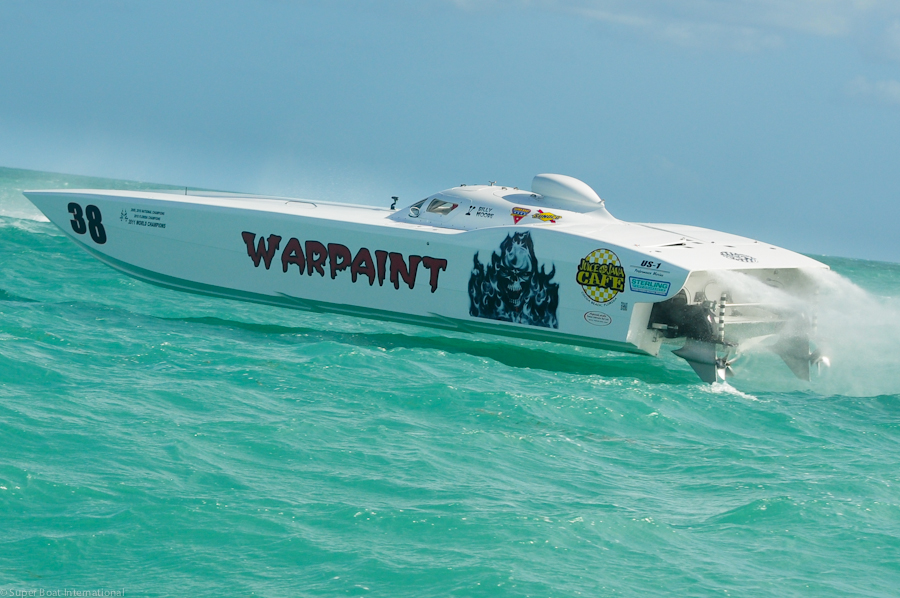 Many fans are raving after a strong week of racing in Key West, claiming the consolidation of classes led to one of the most exhilarating, competitive races they’ve seen to date! This year, five boats proudly represented those of us at Marine Technology Inc, including 2 race wins and two 2nd place overall positions! 47′ Miss Mary Mac placed second in the Turbine class, averaging a speed of 112 MPH during the second race. Team CRC‘s #7 42’ MTI averaged speeds of 83.24, 95.24, and 85.64 to place 5th in the Superboat class, competing against the FastBoats Marine Group MTI, as well as the 42′ MTI of Team Warpaint, who hit an average high of 90.71 in the second day of racing, taking 6th place.

Team Gasse made a clean sweep the first two races, averaging speeds of 101.3 and 91.3 MPH! In spite of some difficulties during the last race, the fan favorite 48′ MTI placed 2nd during the third and final race of the week. 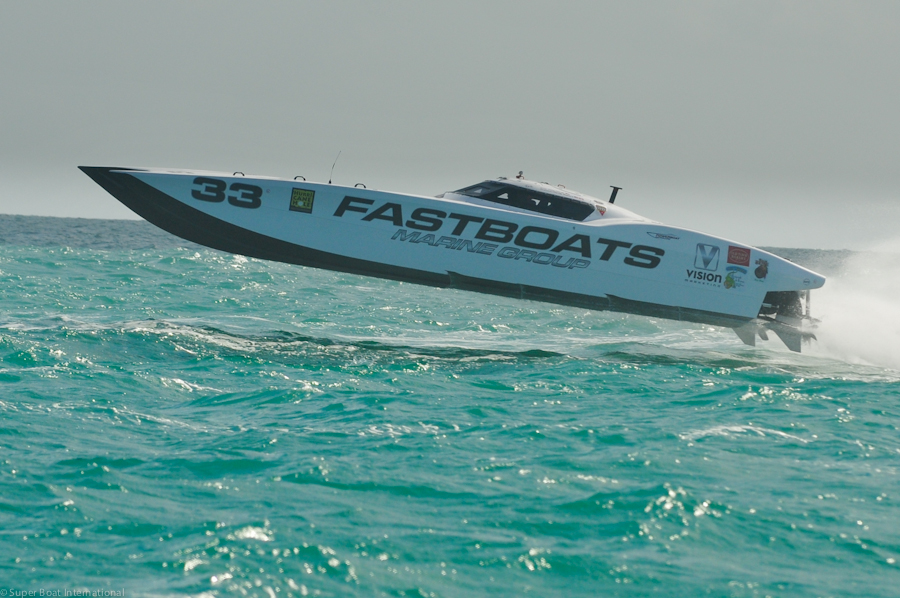 Here’s a little bit of what Tomlinson had to say regarding the first two races, as he and Staubo overcame issue surrounding choppy waters to place 2nd overall in the Superboat Unlimited class!

First race — Tomlinson and owner-driver Tor Staubo of Norway powered their Superboat Unlimited-class entry to an average speed of 101.30 mph over the bumpy, 41.7-mile course. The 48-foot MTI with twin 1,350-horsepower engines completed the race in 24:44. Runner-up Spirit of Qatar finished less than a minute back, followed by Miss Geico in third, which challenged Gasse early in the race, but later fell back. 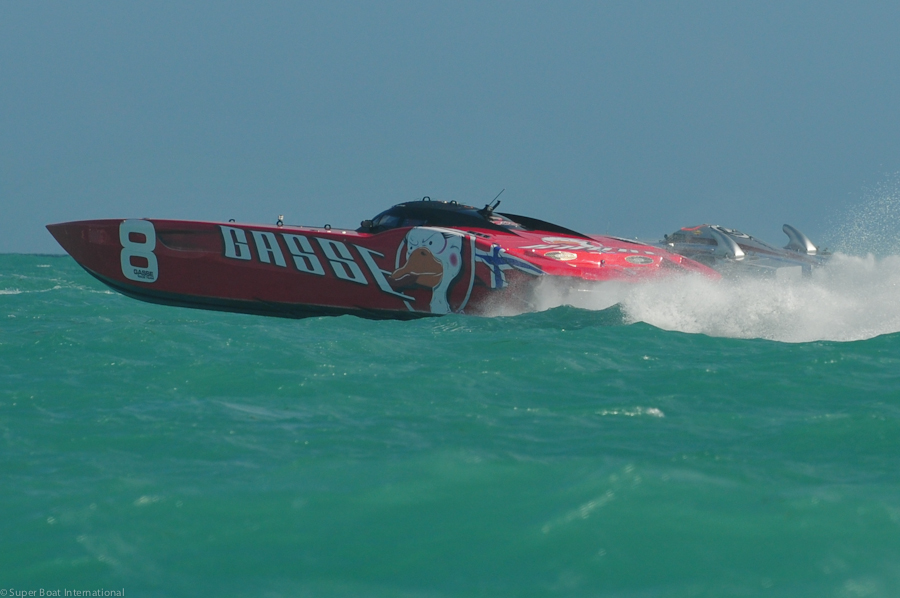 Piloting the 48-foot catamaran Gasse on Wednesday, the duo was first in the standings after a solid run on the first of three days of racing. But with one lap to go Friday, a stainless steel, raw water engine cooling tube broke, sending water into the hull and forcing them to cut short their race.

“The boat fell off plane because it had so much water in it,” Tomlinson said after Gasse was towed to the wet pits. “I was trying to lay down in there in two feet of water and stuff my shirt in the hole to plug the hole.”

In spite of this, Gasse maintained first place in the standings despite not finishing Friday’s race.