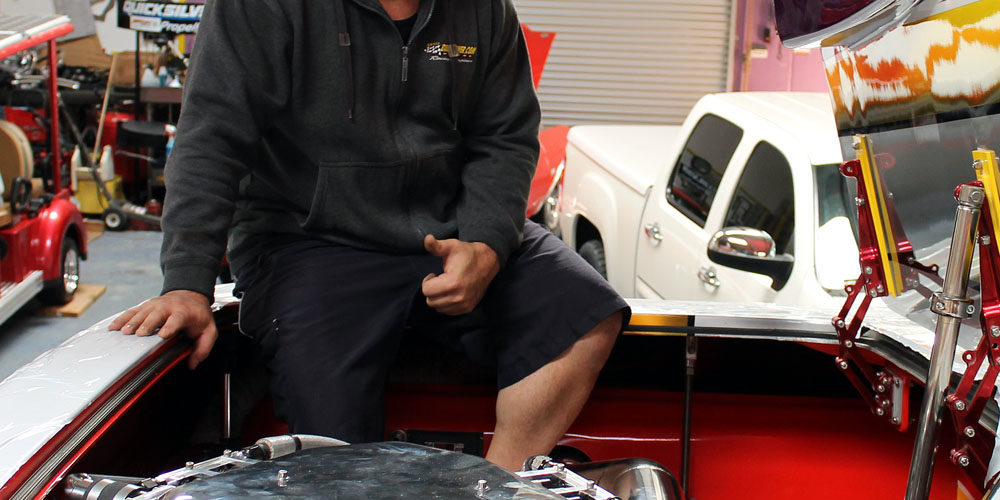 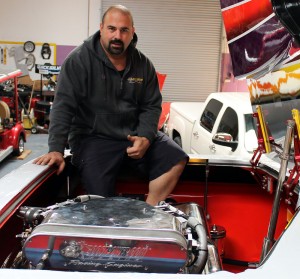 Earlier this month, Speed On The Water’s writer, Jason Johnson, published an article about Boostpower’s 800-Cubic-Inch 2,200-HP Engine, which sits in a 40′ MTI cat! Below is an excerpt from the article, or you may also read it in full here.

Earlier this week I caught up with Alexi Sahagian of Boostpower USA in Newbury Park, Calif., and got the chance to see firsthand a pair of the company’s 2,200-hp engines sitting in a 40-foot Marine Technology Inc. (MTI) catamaran owned by Dave Marabella of Vista, Calif.

All I have to say is wow. The impressive 814-cubic-inch supercharged engines are selectable from 1,800 hp on pump gas to 2,200 hp with a minimum 113 octane. Sahagian has been running 115-octane C16 VP fuel in the engines, and has put more than 60 hours on them between the dyno and the time spent this summer and fall in Marabella’s MTI on Arizona’s Lake Havasu or in the Pacific Ocean. 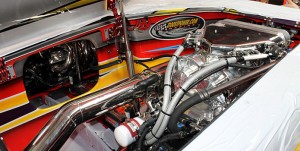 The “mega” big blocks, which were developed by Sahagian and his friend and mentor Sonny Leonard of Sonny’s Automotive Racing, took the place of the 1,500-hp Boostpower USA engines that were in the boat for the last few seasons. Sahagian said Marabella also has a second set of engines and, get this, they are being used for research and development to see if there’s more power available.