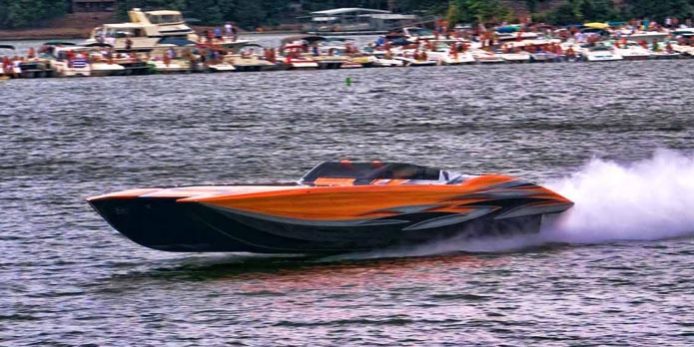 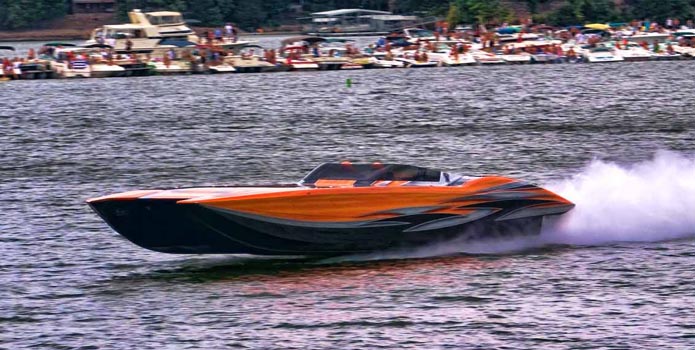 Speed On The Water has published the list of the first class of inductees into the Lake of the Ozarks Shootout Hall of Fame, which includes our very own Randy Scism! Click here to read the article in full, or check out an excerpt and quote from Randy below.

It could not have been easy to select 10 honorees for the inaugural Lake of the Ozarks Shootout Hall of Fame, but organizers of the 25th annual event on the Missouri lake have finalized the list of inductees.

Along with four of the originators of the top-speed event—local firefighters Fran Steingrubey, John Page and John Suellentrop and late boat racer Bob Morgan—three Top Gun-winning racers made the cut, Dave Callan, Randy Scism and David Scott. Joining the others on the list is former organizer Jeff Dorhauer, event photographer George Denny and two of the most dedicated volunteers the event has ever seen, Ron and Margie Frazier from the Coffman Bend Fire Association.

“I’m really flattered to be put in to the Hall of the Fame on the first go-around,” said Marine Technology Inc. owner Randy Scism, who won the first Shootout with a 101-mph run in 1989 and even spent his honeymoon with his wife, Cherell, at the Shootout 23 years ago. “I honestly can’t believe it. The lake has always been our second home, if you will, and we know it’s the best-kept secret in the performance boat world.”

Click here to read more about the Lake of the Ozarks Shootout first Hall of Fame class.