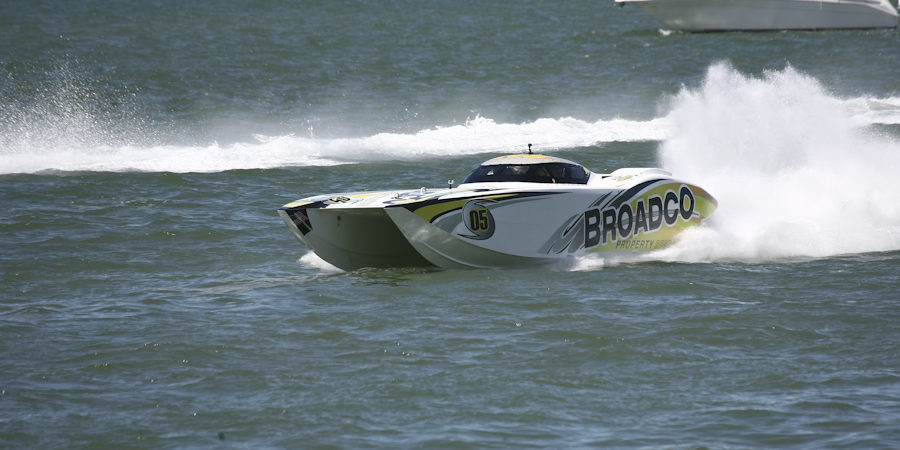 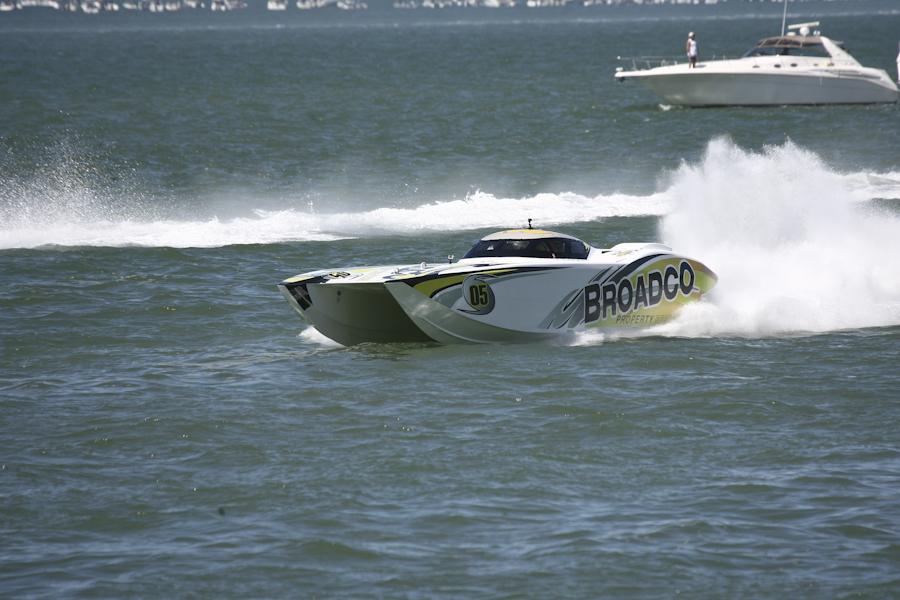 The biggest boats in the world are ready to compete in the epic event, including many MTI cats! Stay tuned this weekend to watch teams like Team Broadco, Warpaint, FastBoats Marine Group, CMS, CRC, Miss Mary Mac, Gasse, Spirit of Qatar, and more take to the water in their speedy Marine Technology Inc boats, as they go head to head with some of the fiercest competition in offshore racing.

Key West (October 25, 2013) – Super Boat teams from around the United States and the World are ready to compete in the running of the 33rd Annual Key West Super Boat World Championships November 3rd through 10th in Key West, Florida. This ultimate competition of the biggest and fastest boats in offshore racing will be like no other race that has come before. The backdrop is set and high performance offshore teams will be ready with 3 days of racing starting Wednesday, November 6th at 10:00 am.

Recognized around the world, the biggest offshore racing event is ready to play host to the most powerful fleet of Super Boats. No class will have an uncontested winner and many classes are brimming with more boat entries per class than any race all season. The big boats will include multiple turbines, four or more Superboat Unlimiteds, eight or more Superboats and many more in other classes. This is expected to be one of the most exciting World Championships in the recent past. Many, if not all, of the National Champions are set to compete and defend their honor of being the most winning boat of the season. The World Championship does not carry over any points from the seven National races run this past summer and fall. All boats start even at the Key West event and, with 3 days of racing, they have to be there on Sunday to win. The first two days of racing is ½ the laps of the final race on Sunday. So, while many teams will replace engines on Saturday in preparation to have fresh engines on Sunday, the name of the game is to protect your equipment and make it last to the finish line. 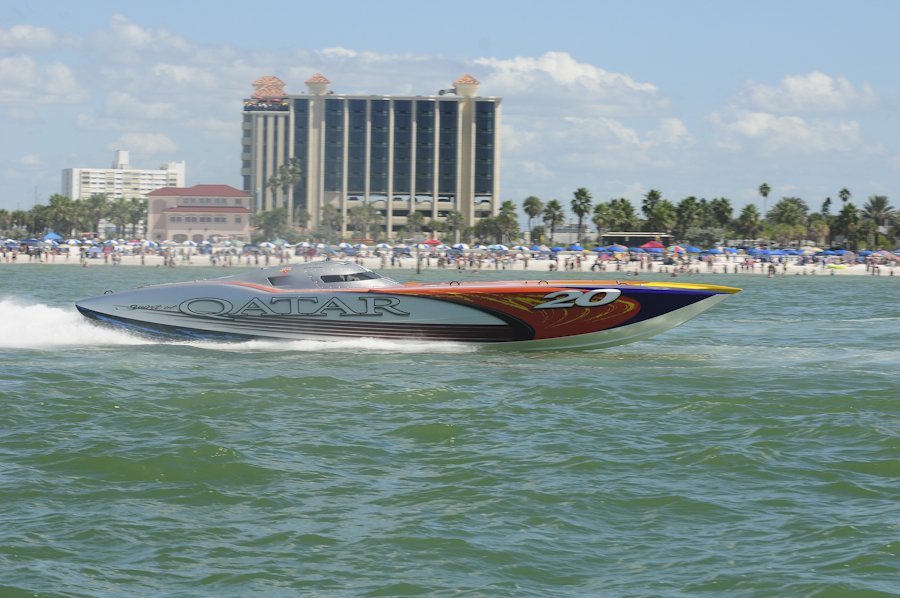 John Carbonell, President of Super Boat International has seen years of World Championship events held in Key West and says you always have to expect the unexpected. “I think we are going to have quite a lot of big boats here this coming weekend and that’s what people want to see. We kick off the week with a short parade on Sunday (November 3rd) which always seems to get everyone very keyed-up and excited. After the parade, we have a couple days of racing followed by a block party, then the final day of racing. Teams plan for nearly a year in advance to compete in the World Championships. There is no other offshore racing event in the world that compares to the one we host. Raceboats, drivers and throttlemen travel great distances and many come from other countries to compete… that’s why it’s truly an international event.”

One thing is for sure… there will be three days of exciting racing and there are a lot of teams that will be ready to race. One new entry into the Superboat Class, Chuck Broaddus and Team Broadco Offshore Racing, is looking forward to it. “I am really excited about going to Key West this year and racing. We had a great race in New York and Clearwater and we are working hard to change out motors to the Superboat Class and arrive in time. Everything should be ready next week to test, then off to the races in Key West.”

The Superboat National Champion, Team STIHL, is also ready. “We are really excited to be heading to Key West to race this year. We won the National Championships in Clearwater after some great competition from WHM and JD Byrider all season and, I know with seven or eight boats in our class in Key West, it’s going to be a great race,” comments driver of the Team STIHL, J.R. Noble. All of the classes are expecting very exciting racing, from the Superboat Vee’s, to P3 and P4 classes to the Super Stock Class. Not to leave anyone out, but all the action in Key West this November should be the best racing of 2013. 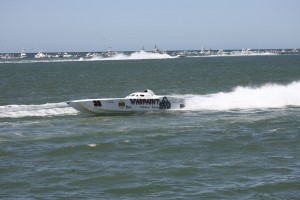 This year, Super Boat International is excited to have all three days of racing shown on Comcast and U-Verse. WEYW 19 will be broadcasting the 2013 World Championships on television and will be carrying the Superboat Livestream feed on their website. WEYW 19 broadcasts throughout the Keys on Comcast Channel 87 and broadcasts throughout the Keys and Miami-Dade County on U-Verse Channel 19.

Livestream Video
This year, the weeklong races will be streamed on at the official Super Boat International Livestream, so you won’t miss any of the action, if you can’t make it to the beaches. Or if you’re on the beach, you can watch and listen to it on your smartphone. On the Livestream page, listen to the race, see the interviews, chat live and watch all the action as it happens. Fans can stay connected with us at superboat.com and Like Us on Facebook for all this year’s news.

Super Boat International has seen increased viewership by fans, families, and other racers tuning in and watching the events live… on livestream. The 2013 season starts with the previous year’s World Championship in November 2012. Since last year’s Key West World Championship to date, the online coverage has seen significant increases in online viewing. With well over a million pageviews on Superboat.com, coverage has been seen in 181 countries around the globe. SBI is 14 countries short of having every country and “independent” country in THE WORLD visit Superboat.com. 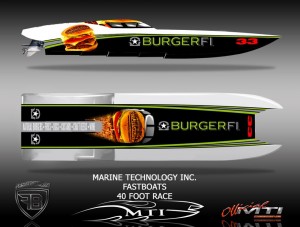 Truman Waterfront (Dry Pits)
Teams will start to arrive in Key West, Sunday, November 3rd for the first of many activities. At 4:00 pm on Sunday, a boat parade will leave Truman Waterfront (Dry Pits) and head for Duval Street. The first mandatory drivers meeting is scheduled for 8:30 am on Monday, November 4th. Also Monday, at 9:00 pm – 5:00 pm, the pits officially open for spectators to come see the race teams in the dry pits in Truman Waterfront. Tuesday, November 5th is the first day of testing from 9:00 am to 5:00 pm. Wednesday, November 6th is the first day of racing with races at 10:00 am, 12:30 pm and the last race of the day will start at 2:00 pm. Testing will resume on Thursday, November 7th at the same test times; 9:00 am – 5:00 pm. November 8th, Friday is the second day of racing. All race times are as previously noted from Wednesday. The Duval Block Party, always highly anticipated, is on Friday night from 7:00 pm – 11:00 pm. Saturday, November 9th is the final test day. Sunday, November 10th is the final day of racing with twice the number of laps as the previous two days of racing. Races on Sunday are at the same time as the Wednesday and Friday races (10 am, 12:30 pm and 2 pm). At 7:00 pm, the teams are invited to the Marriott Beachside for the celebration of the Award Presentation.

Click here to view the full schedule for the World Championship weekend.