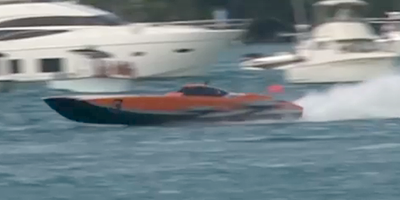 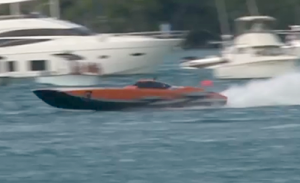 Marine Technology Inc was well represented across the fleet over the past week at the Super Boat International Key West World Championships! According to the unofficial results, as released by Super Boat International, Miss Mary Mac took a second place finish in the Turbine class, as the team finished first in both the second and third races over Spirit of Qatar’s #96 boat. The #20 Spirit of Qatar MTI took third overall in the Superboat class, as did the #3 CMS MTI in the Superboat Unlimited class! Team Broadco, Warpaint, and Marine Concepts also brought some heated competition in their MTI cats at the championships last week.

Congratulations to all of the teams that rocked the waves with their MTI cats, as we were thrilled to see so many of our boats entered in the competition, and a hearty congratulations to all of those who competed! More news and videos will be posted as official results come in later this month. For now, check out some of the action as published via the SBI Official Key West Livestream below!