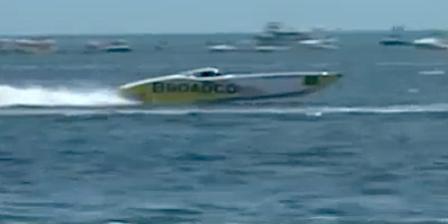 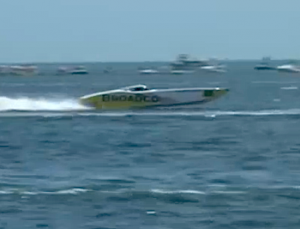 The double-header race weekend in Orange Beach and Pensacola gave way for tons of room for heavy competition in Super Boat’s most recent installment to the 2014 Offshore Racing season circuit. Team BROADCO’s fan favorite MTI cat took first in the beginning race in Orange Beach, battling the waters with Team STIHL to take second overall on the following race for a second at the Thunder on the Gulf Super Boat Grand Prix, as well as at the inaugural Thunder Run in Pensacola on Sunday. Another fan-favorite, AutoNation/Racing For Cancer took to Alabama and Florida waters with their 41′ MTI to battle it out for the double-race weekend.

Check out some coverage of Team BROADCO’s speedy MTI and AutoNation/Racing for Cancer sleek cat searing through the water at one of the smallest race courses of the SBI circuit history thus far via the Official Super Boat International Livestream below. Make sure to stay tuned for an update on the MTI Fleet at the 2014 Lake of the Ozarks Shootout, coming soon!