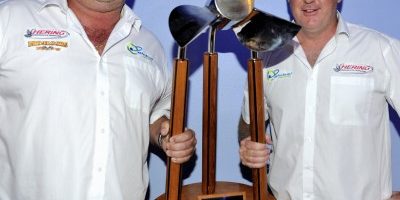 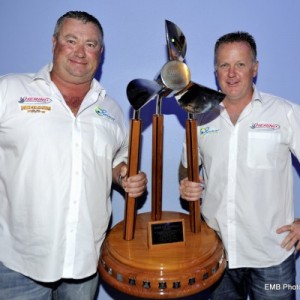 The thunderous roar of the furious Formula Ones of the sea thrilled crowds as Hervey Bay turned on perfect weather for drivers and spectators for the championships’ third visit to idyllic Hervey Bay. Thirteen superboats battled for honours in four classes of competition. But, it was Kiwi competitors, Wayne Valder and Chris Hanley of Global Racing, who exploded away from their main rival, category counterpart Team 3, to add the AUS 1 title to their list of achievements, alongside the New Zealand Offshore Powerboat Series Title they won in May.

It wasn’t all smooth sailing for Global Racing, as problems with the water pump pressure during Saturday’s pole position shoot-out threatened to ruin their chances. Valder said Saturday’s situation put a lot of stress on the team but praised the crew, especially mechanic Jonathon Martin, who worked hard on the boat to fix the problem and nail down a good set-up for race day. 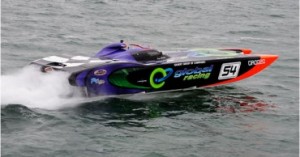 About GLOBAL RACING — From Superboat.com.au:

Global Racing is a family affair for the Gilbert family in offshore racing and Global racing are one of 2 brothers with their own teams in the Supercat class. After bringing his boat Pro Floors to Australia in 2013 for the Trans Tasman Challenge, Wayne takes on the driving duty for the Global Racing MTI Catamaran for 2014. Chris races on the New Zealand Offshore Powerboat Series and will also be on the throttles for Global Racing.