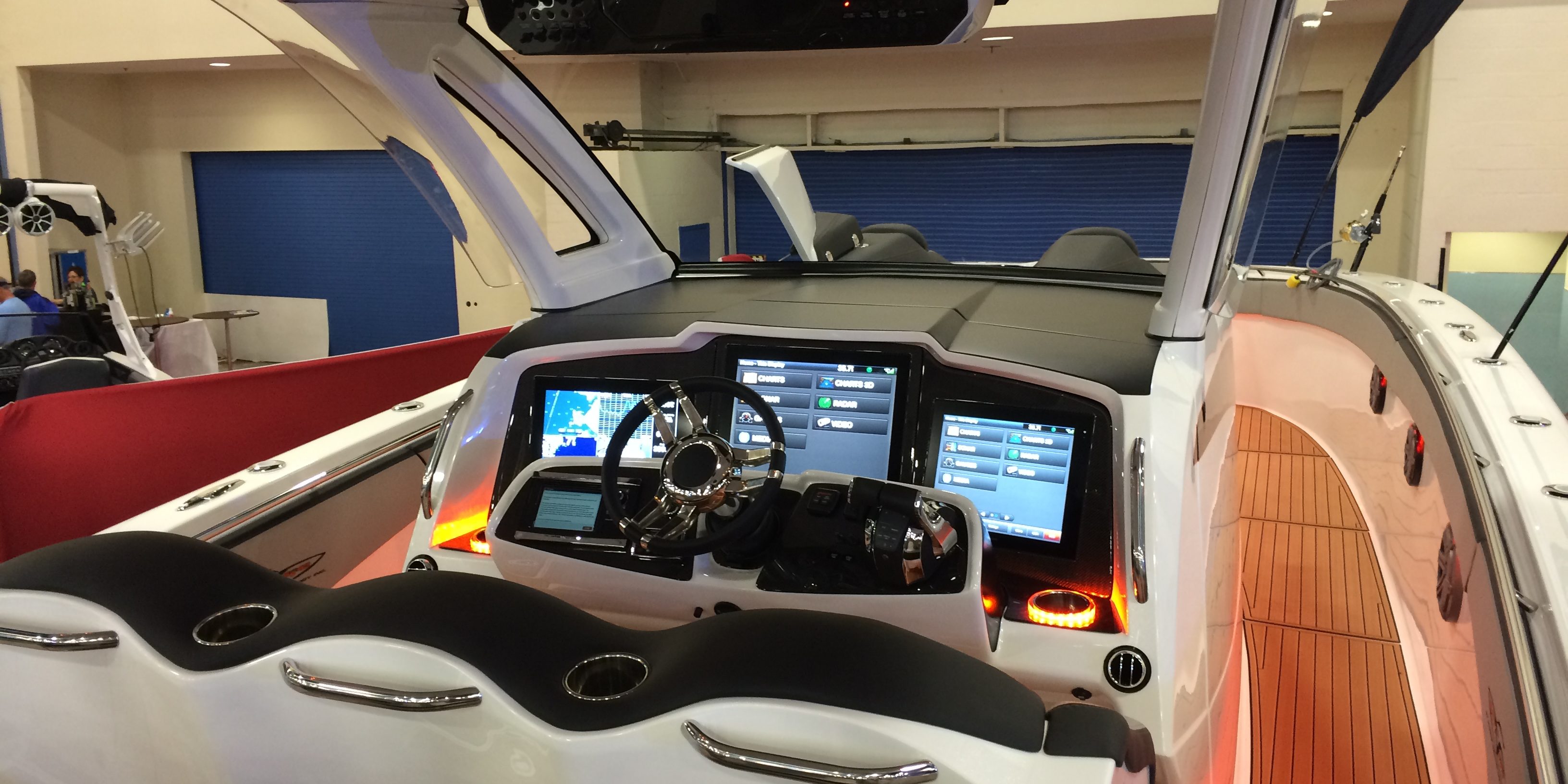 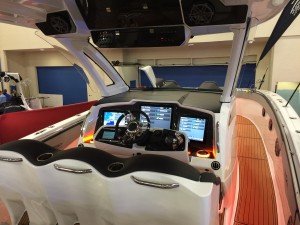 Speed on the Water is notorious for being one of the primary resources for all-things powerboating related. True to form, they were on deck for the 2015 Miami International Boat Show, and the following article reviews their findings at the MTI booth.

Not two minutes after stepping foot into the impressive Marine Technology Inc. booth at the Miami International Boat Show, did Tim Gallagher, MTI‘s sales and marketing manager, pull Matt Trulio and me aside and point to the little red model sitting next to the company’s MTI-V 42.

“That’s our new 340X,” said Gallagher, while standing between a pair of jaw-dropping all-black “Black Diamond” 52-foot catamarans running the length of the booth and a pair of 42-foot center consoles, one of which was the new MTI-V ESF (Extreme Sport Fish) model. “We’re building a new 34-foot cat designed for outboard engines. We’re very excited to be able to offer a smaller cat. It should open up new opportunities for us to bring people into the MTI family.

“You can have a really good time in a 34-foot boat,” he continued. “Obviously it will be less money to get into an MTI, but if you think about someone on a lake where you don’t need to ride around in a 48 or 52, this boat will be perfect. We kept it that size so it can go racing but also so that it’s big enough where someone from Miami can run it in the bay or the ocean.”

Gallagher said the boat features a totally new bottom design and a five-seat cockpit. He also said MTI is going to try to have one ready for Key West at the end of this year. But that wasn’t all the news Gallagher had to share.

“We’re also working on a 57-foot center console, which will be similar to the 42-footer but basically have an extra five feet behind the cockpit, in the cabin and up front,” he said. “The hull plug is almost finished so we should have the mold done soon. Hopefully next year it will sitting right here at the show.