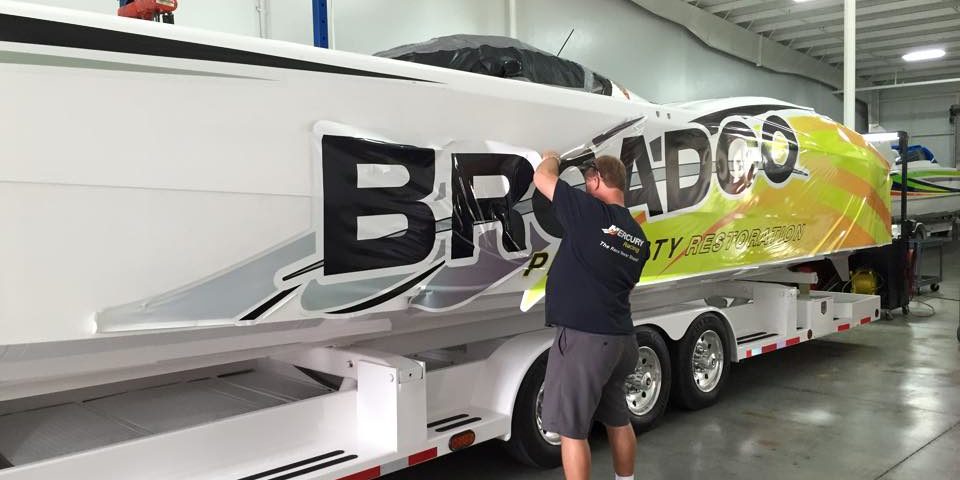 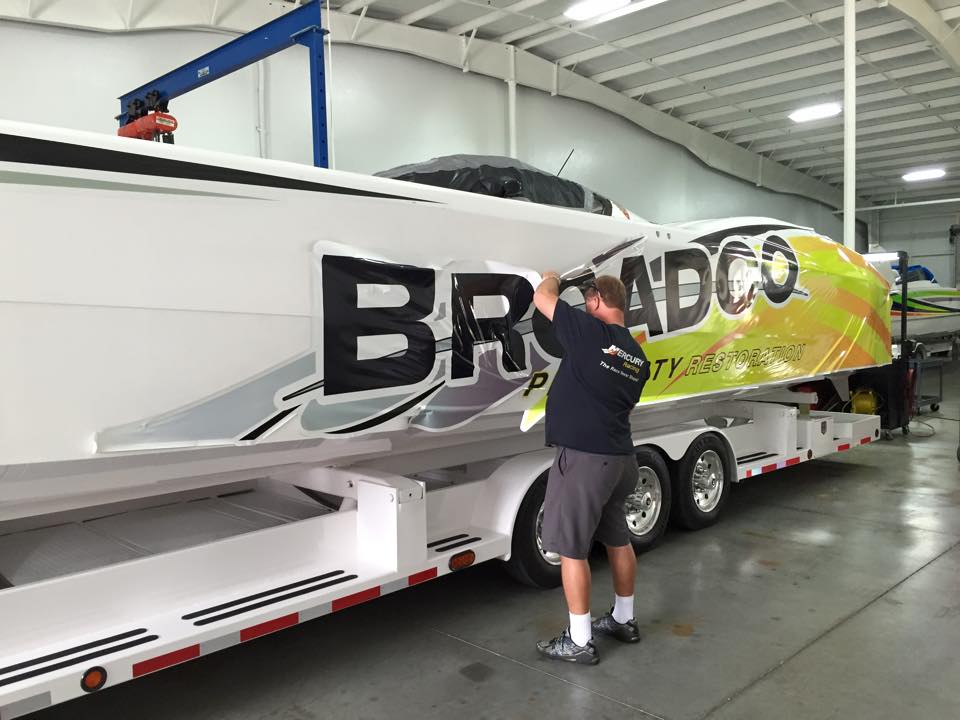 Team BROADCO is gearing up for the 2015 Super Boat International Offshore Racing Season by wrapping up some of the finishing touches on their 2014 World Champion MTI Catamaran, including a new wrap! With all of the MTI’s slotted to race in the 2015 season, everyone at Marine Technology Inc is counting down the days until the Cocoa Beach!

The Super Boat International (SBI) team is in talks to continue the NBC programming with the potential for multiple shows for the 2015 season. Representatives from STIHL Incorporated and JM Associates are scheduled to be in Cocoa Beach, Florida, to outline various options and funding requirements needed for upcoming broadcasts. The recently aired show on NBC Sports, in February, was presented by STIHL, Inc., sponsored by STIHL Inc. and JR Noble and produced by sports television programming experts, JM Associates.

“We are looking forward to Cocoa Beach and, sharing with the race teams, the options for television programming this year,” comments John Carbonell, President of SBI. “ With many of the teams inquiring about possible sponsorship and advertising costs for this year, we are fortunate to have very experienced people like STIHL Inc. and JM spearheading programming efforts for Super Boat, race teams and their fans.” 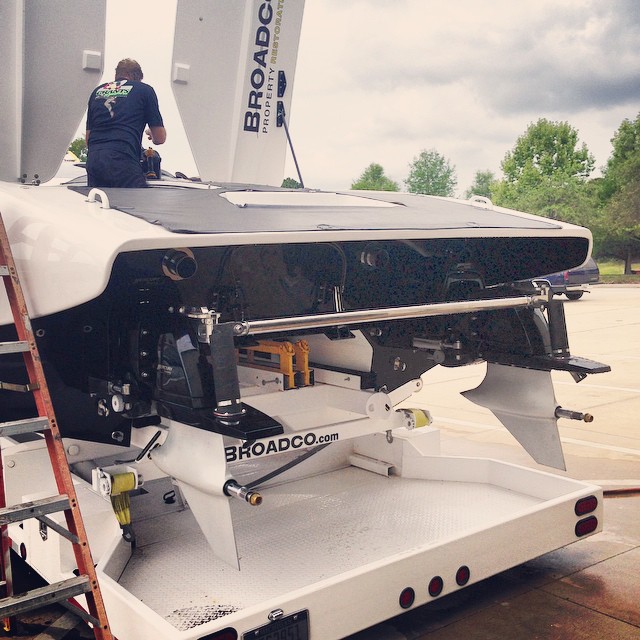 Promotional Communications Manager for STIHL, Roger Phelps, is preparing to attend the SBI season opener in Cocoa Beach and meet with teams interested in television programming for this year. “We’re getting the final costs put together to make a presentation at the drivers meeting and then meet individually with teams and sponsors throughout the weekend. There has been great feedback on the first show and we want to continue the momentum. We are looking forward to seeing everyone in Cocoa Beach.”

Teams, sponsors, municipalities and all interested parties are encouraged to attend the drivers meeting, Saturday morning, May 16th, for the television programming briefing. Anyone, not able to attend, can contact Roger Phelps (mailto:Roger.Phelps@stihl.us) or Rodrick Cox (Rodrick@coxgp.com) after the weekend of racing.

This is a very exciting time for offshore racing and we encourage everyone to be part of the Super Boat racing season. Refer to superboat.com for updated information, news, event schedules and race day live streaming (new.livestream.com/sbi).

This article originally posted on SuperBoat.com.