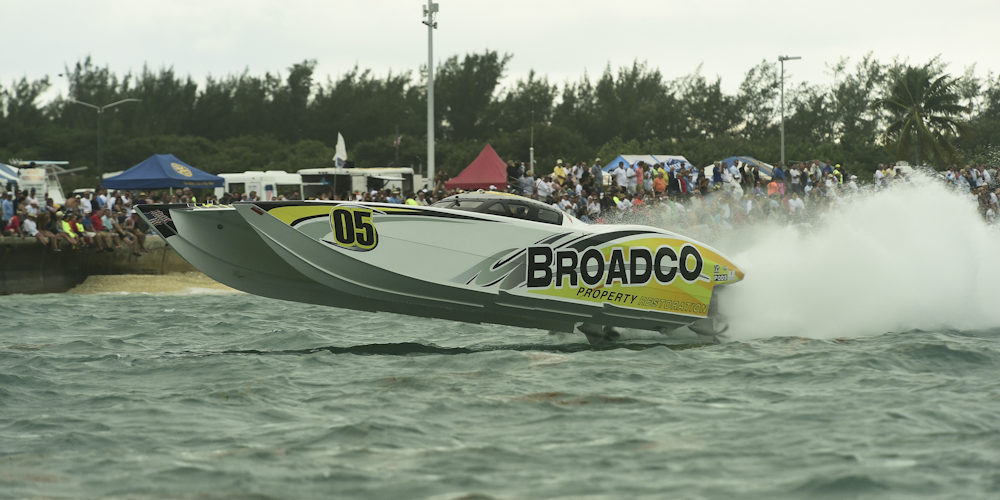 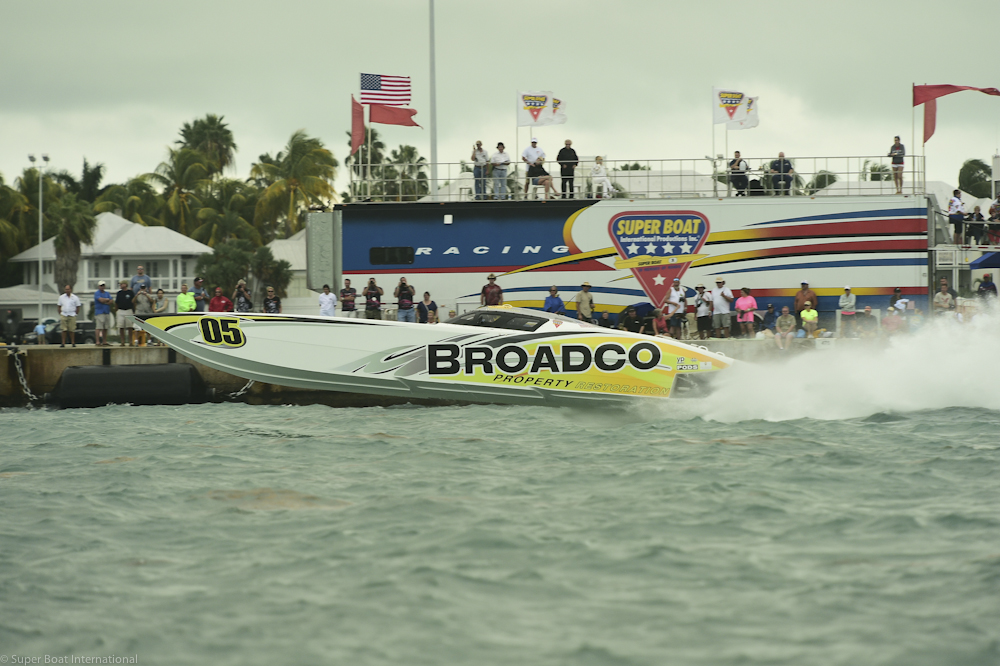 Matt Trulio of Speed on the Water Magazine recently caught up with SBI World Champion Team Broadco to get some updates on what’s been going on with their MTI Catamaran in preparation for Super Boat International season-opener at Cocoa Beach. Check it out, below!

Scheduled to begin testing in preparation for the Super Boat International season-opener May 15-17 in Cocoa Beach, Fla., the Broadco team has been busy in the off season with fiberglass work on the 40-foot MTI catamaran. Driver/owner Chuck Broaddus and throttleman/team manager Grant Bruggemann piloted the cat to a Superboat-class world title at the SBI World Championships in Key West, Fla., in November 2014.

“We have done some safety upgrades to the cockpit and repaired the damage we sustained in Key West,” said Bruggemann, who has handled the work with his crew at Grant’s Signature Racing, his rigging and service shop in Bradenton, Fla. “We repaired the paint and replaced some of the decals with new ones from Kinetic Animation. We painted the transom black to make it easier to clean, fixed some cracks and damage we sustained in Clearwater (the Florida venue for the 2014 SBI National Championships, where Broadco spun violently on the final turn). 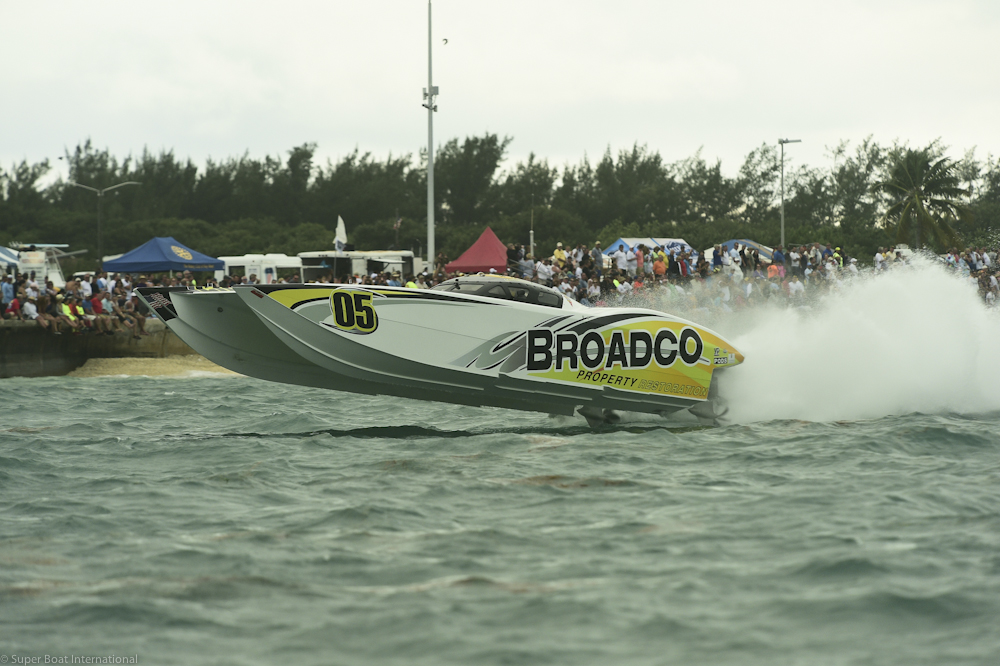 The Broadco team will run the same twin 750-hp Ilmor Marine engines that powered the 40-footer during the 2014 SBI Worlds. (Those engines have less than four operating hours on them.) The crew at the shop, Bruggemann said, did freshen up the cat’s drive train and engine compartment rigging.

“There are some other modifications we did to the boat to make it even faster,” he said. “But we want to keep those under our hats right now.

“We had a great season last year,” he continued. “We want to keep that rolling this year. We would love to have the that U.S. 1 on the side of the Broadco boat. We need to get through the national circuit first, then set our eyes on the world championships in Key West.”