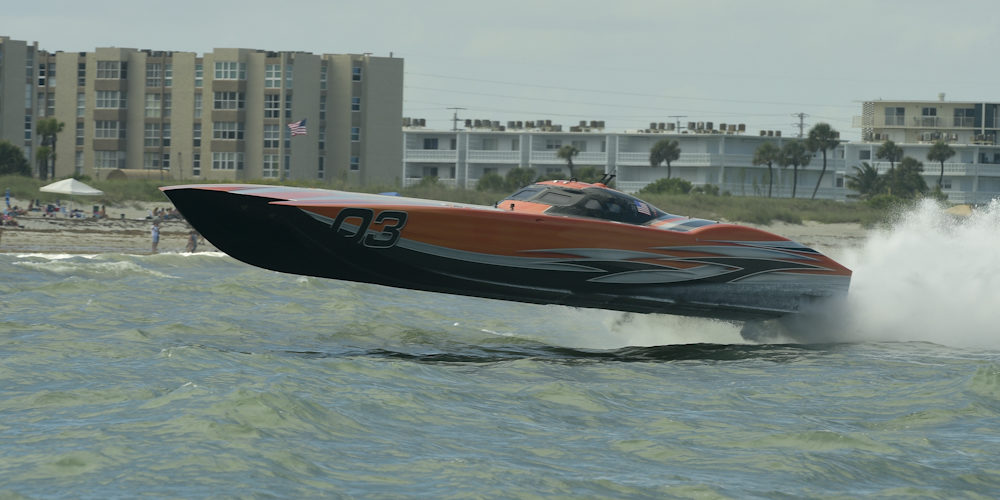 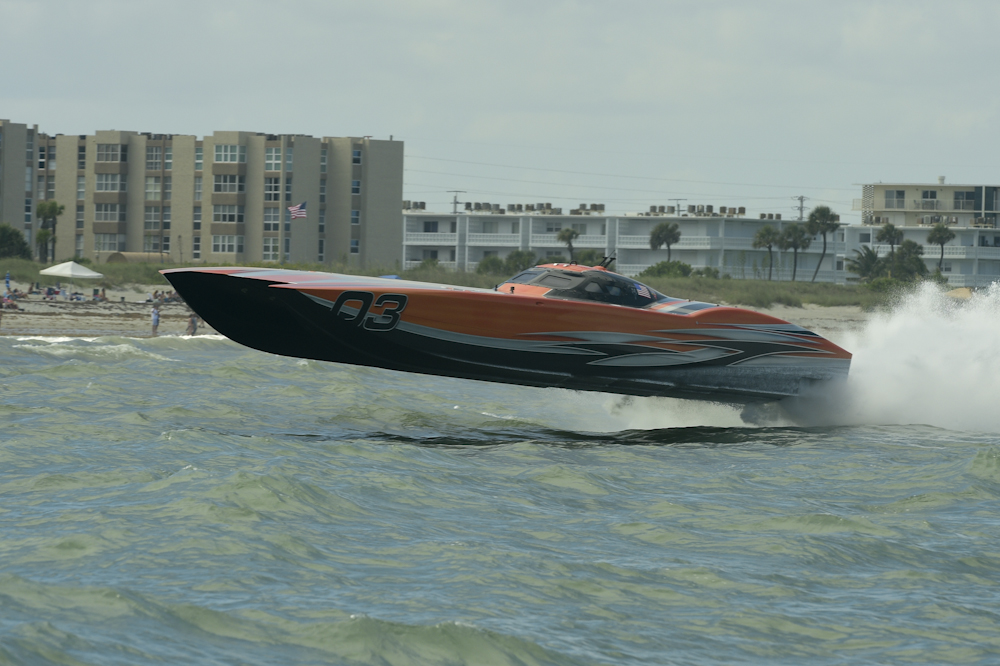 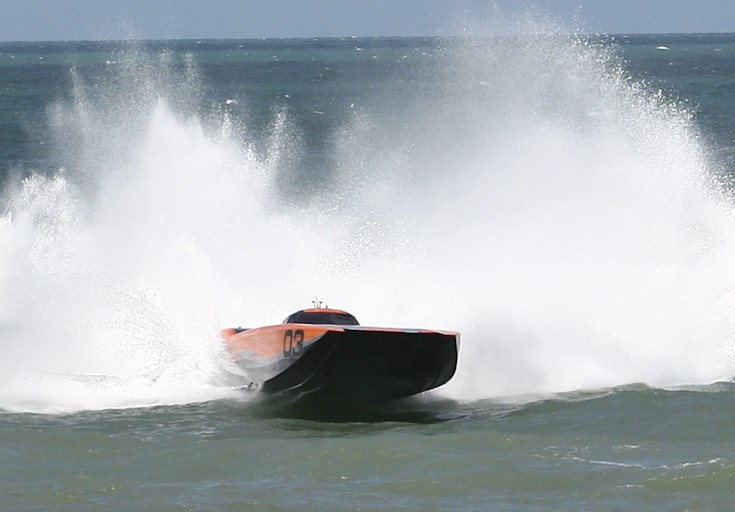 Offshore Racing Teams from across the nation ventured to Cocoa Beach this past weekend to begin the chase for the 2015 Super Boat International National Championship titles. As declared by many of the teams present, the notoriously choppy waters of Cocoa Beach did not disappoint this year, as some claimed to have battled against the roughest waves they’ve seen in ages during the races. 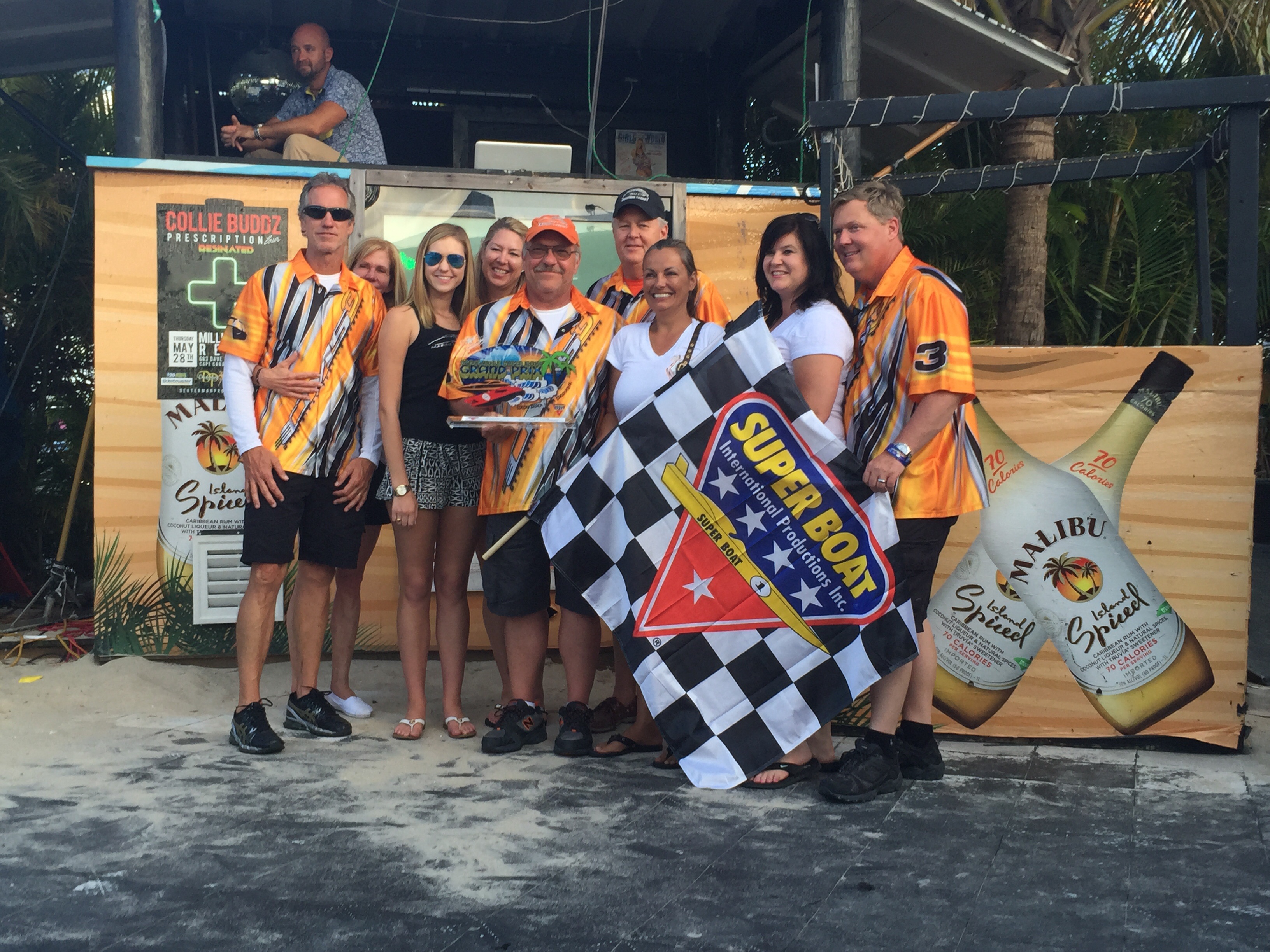 Everyone at Marine Technology Inc is thrilled to announce that the 48′ 03 CMS Offshore Racing MTI Catamaran, throttled by John Tomlinson and driven by Jeff Harris, came out of the wild waters with a checkered flag finish for the 6th Annual Space Coast Super Boat Grand Prix!

If you weren’t able to travel to Cocoa Beach for the races, or missed the original Livestream airing of the event, you can catch up on all of the action via the Official Super Boat International Livestream, here! Check out the Superboat Unlimited race, in which you’ll see the 03 CMS MTI in action, below.