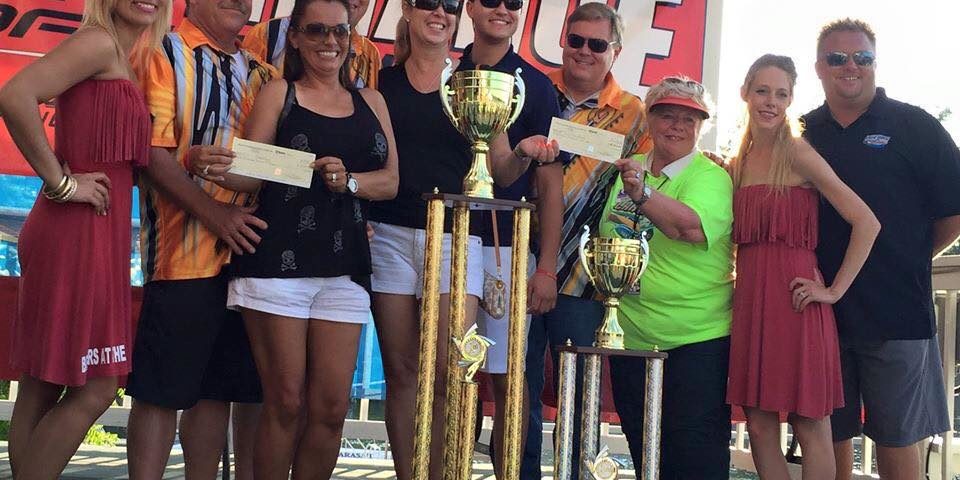 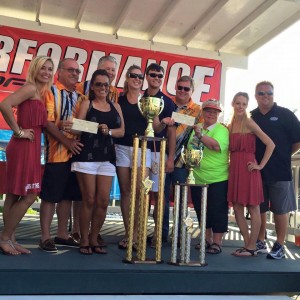 Everyone at MTI is still catching their breath after a whirlwind of a weekend that encompassed the Third Annual Lake Race at the Lake of the Ozarks! We couldn’t be more proud of the performance made by Bob Bull, Randy Scism, and the rest of the CMS Offshore Race Team. Check out the article below by Jason Johnson of Speed on the Water Magazine, covering the event.

Besides walking away with the two biggest checks from the third annual Lake Race on Missouri’s Lake of the Ozarks, Bob Bull stole the show with his CMS offshore racing team fleet of orange and black MTI catamarans at the docks in front of Beavers at the Dam. There’s no doubt Bull, who owns a home on the lake, was out to win back the “Run What You Brung” class trophy that he and MTI owner Randy Scism took home at the inaugural race in 2013.

And that’s exactly what he did as his CMS 3 boat edged out the CMS 03 boat driven by Jeff Harris and throttled by John Tomlinson during Sunday’s main event on the five-mile course with thousands of spectators watching from homes on the shoreline, boats on the course or along the historic Bagnell Dam. 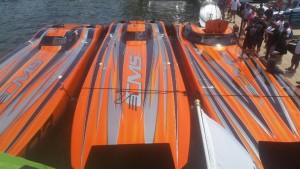 “I’ve never been to the lake other than to test or run in the Shootout,” said Tomlinson, who has won the Lake of the Ozarks Shootout Top Gun several times with Nauti-Marine’s Dave Scott, who handled broadcasting duties with Brendan Matthews during the KRMS-produced TV and radio coverage on Saturday and Sunday. “It was a cool event and it ended up being a great test session for our team because we could run the boats hard but we didn’t have to push the equipment. We also don’t get to run that often in flat water.”

Tomlinson, who had never competed in an Offshore Powerboat Association event, gave a lot of credit to the organization that sanctioned the race like it did last year.

“From the way they did the drivers’ meeting to the assistance they provided the teams, you could tell the OPA guys were there for the racers,” Tomlinson said. “It was a real no-nonsense group, which was nice. Everything went smooth.”