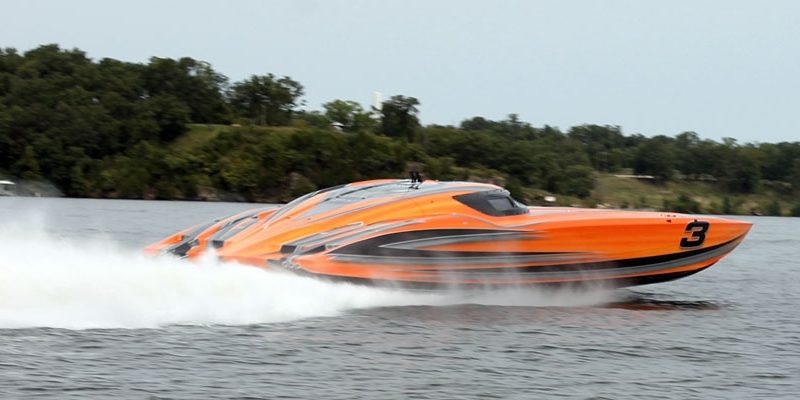 Speed on the Water, one of the prime news sources for all things powerboating related, recently published this article, covering Jason Johnson’s experience during the MTI Lunch Run to Coconuts Caribbean Bar & Grill during the notorious Lake of the Ozarks Shootout festivities!

When the opportunity arises to hang out with a handful of MTI owners at the Lake of the Ozarks—the Wentzville, Mo., company’s home away from home—it’s not something you pass up, which is why I opted to tag along for a lunch run today to Coconuts Caribbean Bar & Grill in Gravois Mills.

Aboard Greg and Brenda McCauley’s 42-foot center console powered by quad Mercury Racing Verado 400R engines, I had a front row seat as MTI catamarans from 39 to 52 feet came whizzing by us at 100-plus mph.

Joining the fun in his new 52 MTI featuring the company’s first removable hardtop was Rusty Rahm of Wake Effects. Rahm, who was joined by MTI sales and marketing manager Tim Gallagher, was having a blast getting used to his new boat and hanging with fellow MTI owners.