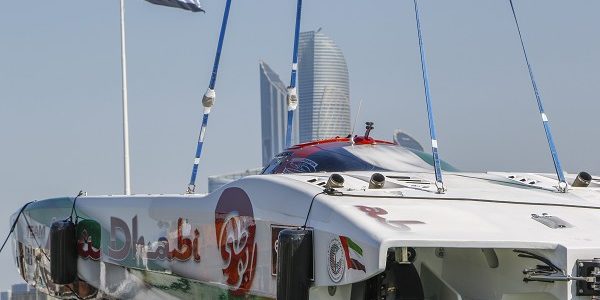 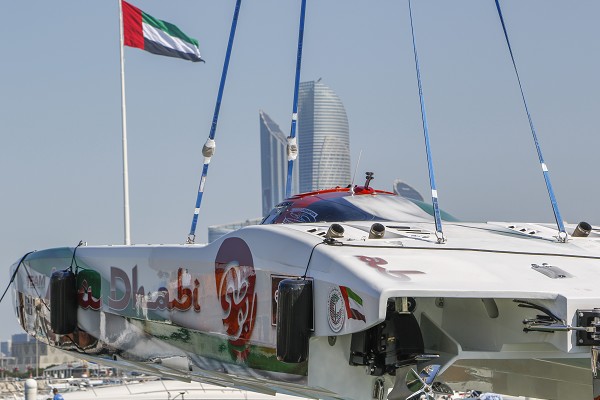 Team Abu Dhabi’s Home Grand Prix is the final event of the year and happening on the weekend of November 4-6! Read more below for more information about this action-packed event!

Team Abu Dhabi will line up for their home Grand Prix on 4-6 November, the final event of the year, leading the championship standings as they bid to win their first C1 world title. The team made the perfect start to their 2015 UIM Class 1 World Powerboat Championship title challenge finishing first and second in the first of two races held in conjunction with the seventh leg of the Venice-Monte Carlo in Salerno, Italy in June.

Gary Ballough and John Tomlinson completed the win double with teammates Majed Al Mansoori and Rashed Al Tayer taking second and fourth and sit in second spot tied with T-Bone Station duo, Miles Jennings and Giovanni Carpitella. If the line-ups remain the same Ballough and Tomlinson only need to finish second in both races to clinch the title.

This article originally posted to Class-1.com.