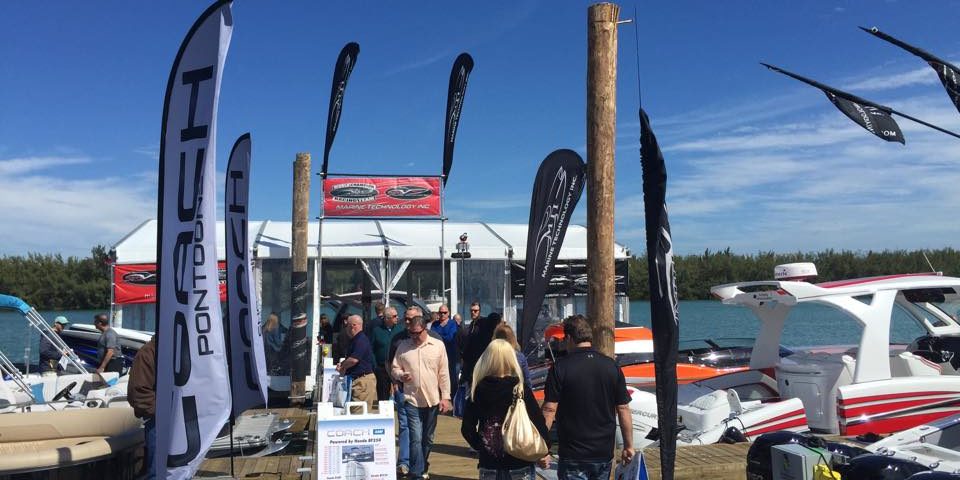 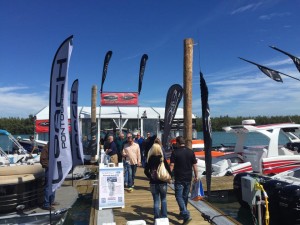 Check out this awesome feedback and recap of Marine Technology Inc at the 2016 Miami International Boat Show, from Speed on the Water!

Early next month, as in March 1, the public will get its first look at the new 57-foot center console from Marine Technology Inc., when the largest MTI model to date makes its debut at the Dubai International Boat Show.

In its booth at this week’s Miami International Boat Show, the Wentzville, Mo., company had a short video playing of the 57-footer’s on-water test session on Missouri’s Lake of the Ozarks. Shot in very cold conditions with snow on the lake’s banks, the video showed the boat, which is powered by four Mercury Racing Verado 400R engines, idling around the launch ramp along with some running snippets from inside the boat.

The boat, which was shrink-wrapped shortly thereafter and sent off to be loaded onto a cargo ship, is en route to Dubai for the show, which runs from March 1-5 at the Dubai International Marine Club.

Also on display for the Miami show attendees who ventured out to the docks to see the MTI team—Randy and Cherell Scism, Tim Gallagher, and Greg and Brenda McCauley—as well as its dealers, including Larry Goldman of Xtreme Powerboats and Rusty Rahm of Wake Effects, was a scale model of the new 34-foot cat coming soon from the company.

Other than saying that the forthcoming smallest catamaran in the MTI lineup is getting close, Randy Scism didn’t commit to any dates for getting the first one on the water for public consumption, although early summer sounds likely.

Check out this stellar fan-video, showcasing a 360° ride-along in the MTI–V 42 at the Miami Boat Show! Thank you to James Z. for the awesome footage!

The highlight of our trip. Getting a ride on the greatest riding V-hull at the Miami boat show, and doing it all with great friends. The MTI 42 Slot-V. Running around Miami at 76 mph.