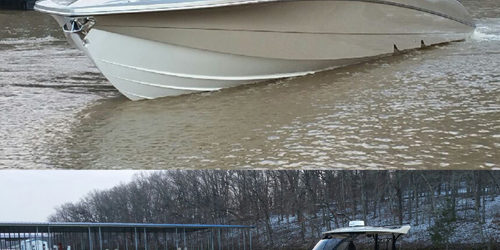 Speed on the Water just published an awesome article about the debut of the Pre-Production MTI–V 57 at the 2016 Dubai International Boat Show! Check out the feature, below, or click here to learn more about the newest addition to the MTI–V Center Console lineup!

For those of us not lucky enough to be in Dubai, UAE, for the opening of the 2016 Dubai International Boat Show (March 1-5), the fine folks at MTI were gracious enough to send us several images of the company’s new MTI-V 57, its first 57-foot center console.

The pre-production model, which is powered by quad Mercury Racing Verado 400R engines and reached 68 mph during a test session on Missouri’s Lake of the Ozarks, was built with a little less creature comforts and more fishing features than MTI’s production version will include. The production model will have substantially more cabin and console space. 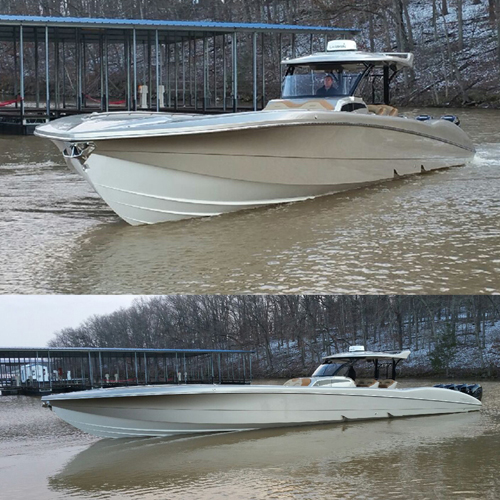 “We’re so excited to have the new boat front and center at the Dubai International Boat Show,” said MTI owner Randy Scism, who was the general manager of the Dubai-based Victory Team before he started the Wentzville, Mo., performance boat business. “The show has opened to rave reviews and the boat is generating a great deal of interest already. We are excited to be on our old stomping grounds—it is nice to visit with our local friends who stop by to say hello.”

The unveiling of the 57-footer comes just one year after MTI announced at the Miami International Boat Show that it was building its second center console offering. According to Scism, the company’s first production MTI-V 57 will be finished in time for the Fort Lauderdale International Boat Show in November. Of course, the boat is expected to participate in the following week’s Key West Poker Run hosted by the Florida Powerboat Club.