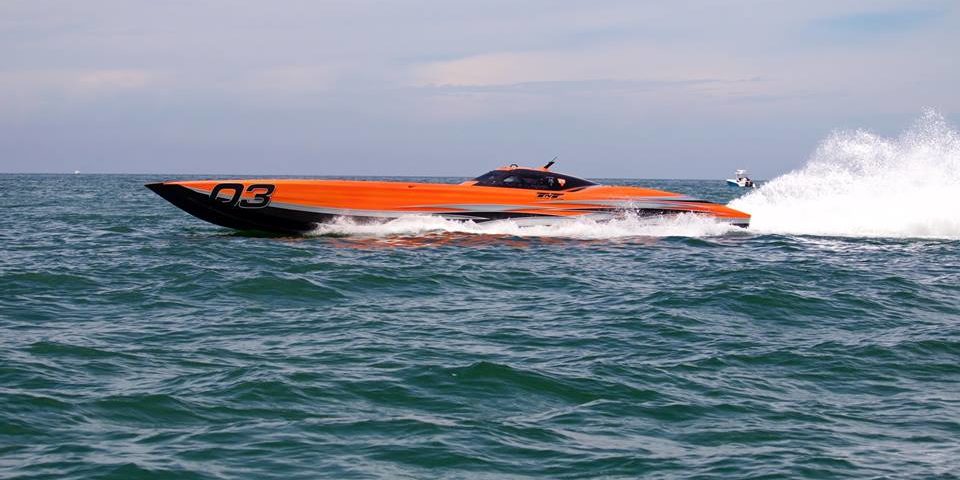 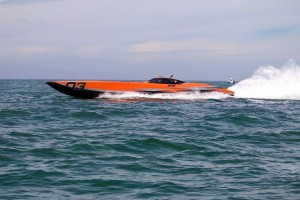 After taking home National and World Championships in the Superboat Unlimited class in 2015 without losing a race, Bob Bull and his CMS team will be scaling back in 2016—and right from the start. The team will miss the season-opener May 15-17 in Cocoa Beach, Fla., because throttleman Randy Scism’s daughter Chelsea is graduating from Vanderbilt University.

As reported in a comprehensive feature—“How CMS Ruled The Worlds”— in the 2015 November/December issue of Speed On The Water digital magazine, when the team does race, it will most likely do so with one of the two MTI catamarans it campaigned last year. The CMS group likely will run both boats at the offshore world championships in Key West, Fla., in November, though that isn’t guaranteed.

“We’re going to pick the highlights,” said Scism. Closer to home, the CMS team will be at the Lake Race in its home waters of Lake of the Ozarks June 2-4 in Central Missouri, followed by the SBI race in Marathon, Fla., on June 24-26. Of course, the orange and black attack will be in full force at the Lake of the Ozarks Shootout at the end of the August.

This article originally on Speedonthewater.com.