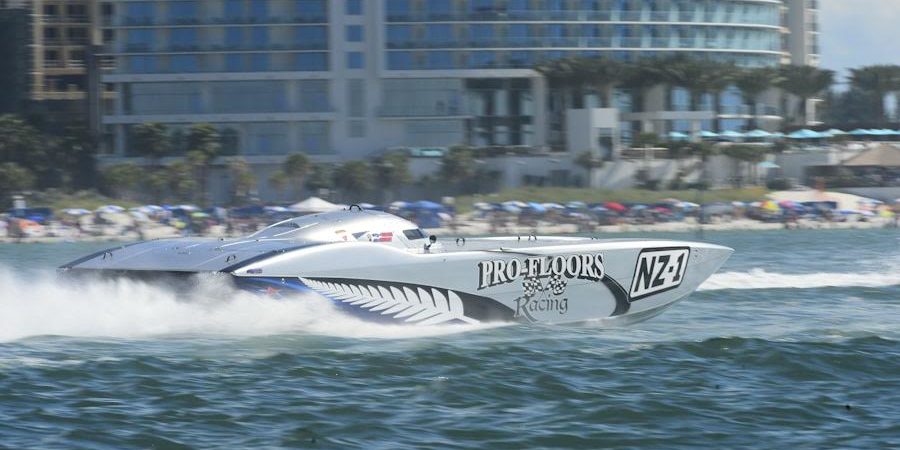 One week until the SBI Offshore World Championships, and MTI is gearing up for victory! 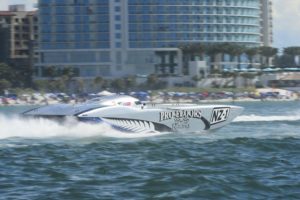 With a little more than one week to go until the Super Boat International Offshore World Championships Nov. 6-13 in Key West, Fla., a team from New Zealand is gearing up for victory in the island paradise. The Pro Floors Racing outfit of driver Wayne Valder and throttleman Chris Hanley will run their 42-foot MTI catamaran—the former Spirit of Qatar 20 raceboat—in the Superboat-class during the three-race contest. The team’s first stateside outing happened earlier this month at the SBI National championships in Clearwater, Fla. Valder and Hanley took fourth place, not bad for a team in its first time out in what is—for them at least—a new boat.

Experienced and successful in the sport, Hanley and Valder have earned top honors in Australian and New Zealand Superboat Championships in the past two years. After Clearwater, they returned to New Zealand to regroup for a few days before heading to Australia to compete in the Australian Offshore Superboat Championships, where they took first place in the Supercat 1000 class. A healthy contingent of fans from New Zealand and Australia is expected to travel from their respective countries to support the Pro Floors Racing team in Key West.