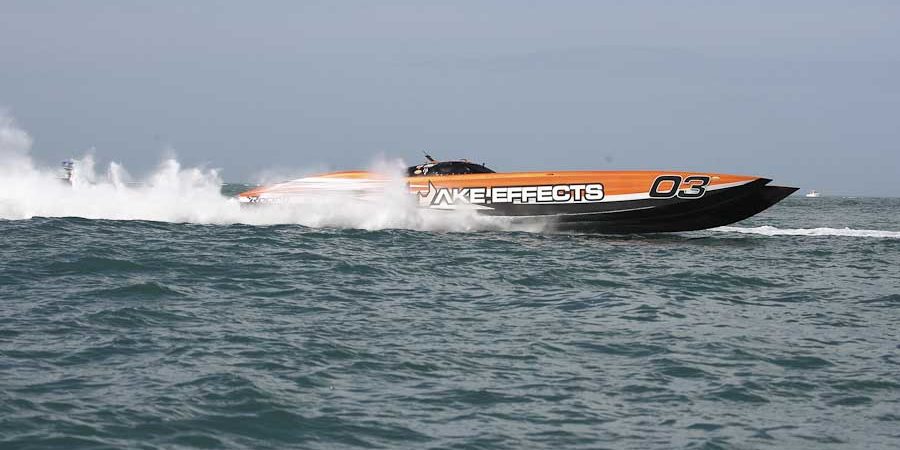 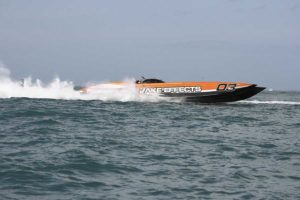 In another exciting race with attrition and carnage as well, the Wake Effects team of throttleman Jeff Harris and rookie driver Rusty Rahm had a few things go its way, including the struggle of its teammates and world champion favorites Bob Bull and Randy Scism in the CMS 52-foot MTI, in route to the Superboat Unlimited victory and an apparent world title to go with their Florida and National championships.

Rahm, who announced this week that he’s now the official owner of the Wake Effects 48-foot MTI and is planning to return for a full season in 2017 with Harris by his side, said after taking its first victory in Key West that the team appeared to win today’s double-points race by enough time over the Team CRC Sunlight Supply team of Mike DeFrees and Gary Ballough.

“I’m speechless, I really am,” said Rahm, who owns Wake Effects in Osage Beach, Mo. “Everything came together perfectly for us today. I still can’t believe it. I didn’t expect to win it with Bob and Randy here. I was optimistic that our team could go 1-2 overall, but I really didn’t think we’d be No. 1. “Jeff was so good today,” he continued. “He and I are getting much more comfortable with each other in every race, and man did he nail the setup today.”

Although results are unofficial pending penalties*, it appears that Wake Effects was followed up in the world championship standings by Team CRC Sunlight Supply, then CMS and Envy, who were both ecstatic to finish all three races in Key West.

*Based on Unofficial Results