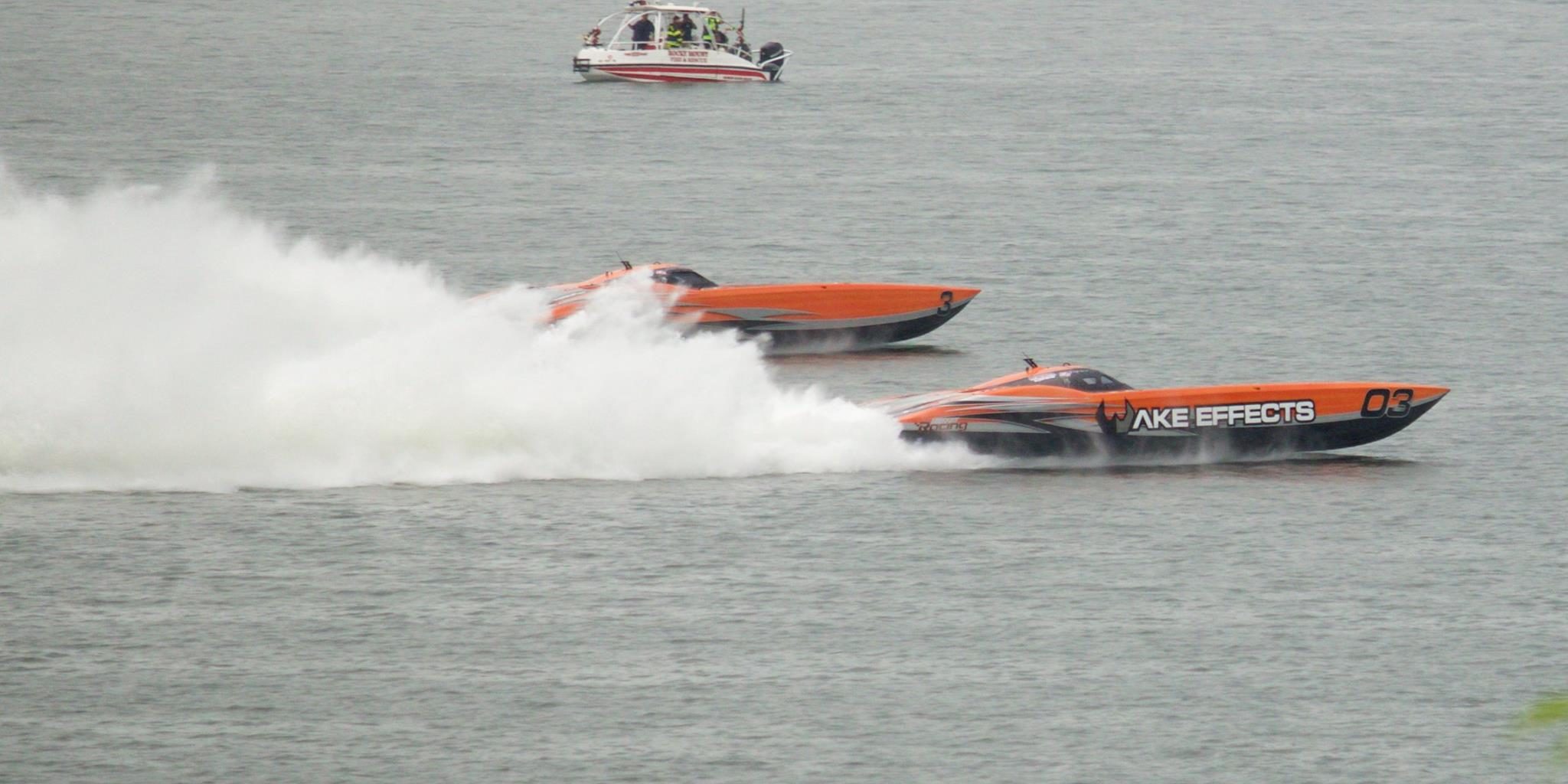 The Key West Super Boat World Championship races are finally here… and Wake Effects is ready to hit the water!

This week, Rusty Rahm is going to remember just how easy he had it before he decided he wanted to race in the Superboat Unlimited class this season. Rather than participate in the Florida Powerboat Club’s Key West Poker Run for what would be his sixth time, Rahm, the owner of Wake Effects in Osage Beach, Mo., will be focused on racing the Wake Effects-sponsored 48-foot MTI catamaran that is powered by twin Mercury Racing 1650 engines in the Super Boat International Key West Offshore World Championships.

And for good reason, the rookie driver and world champion throttleman Jeff Harris have their eyes on the prize—a world championship to complement the team’s Florida and national championships following the five-race season. They also realize they have their work cut out for them after finishing third at the eighth annual SBI Clearwater National Championships behind their teammates in the similarly painted 52-foot CMS 3 MTI, Bob Bull and Randy Scism, and the second-place Lucas Oil/SilverHook boat.

“Would I like to be doing the poker run? Of course, but racing is my focus this year,” Rahm said. “This will be my first time racing in Key West and I’d like to make the most of it and see if we can’t pull off the triple crown with the Florida, national and world championships.”

“I’ve dreamed of racing in Key West and… it is finally going to happen,” he continued. “We’ve worked hard all season to get to this point and we’re going to enjoy the moment and try to have a good time. We want to win, no doubt about it, but the experience alone is going to be incredible.” Although he expects to be consumed with the raceboat on a daily basis between practice and three days of racing, Rahm said Wake Effects is still going to be a part of the poker run since Blake Kelly, the company’s sales manager, is planning to participate in the poker run and be on hand with the company’s fresh-off-the-production-floor MTI-V 42, which is powered by quad Mercury Racing Verado 400R engines, in poker run village.

“Blake was with the MTI sales team at the Fort Lauderdale International Boat Show, and now he will be joining Tim Gallagher (MTI’s sales and marketing manager) in the new 340X catamaran for the poker run to Key West,” said Rahm, who did last year’s poker run in his canopied 52-foot MTI pleasure cat. “He’ll be hanging out in the poker run village area with our new 42-foot luxury performance center console and he’ll be assisting the rest of Wake Effects race crew when he can.”