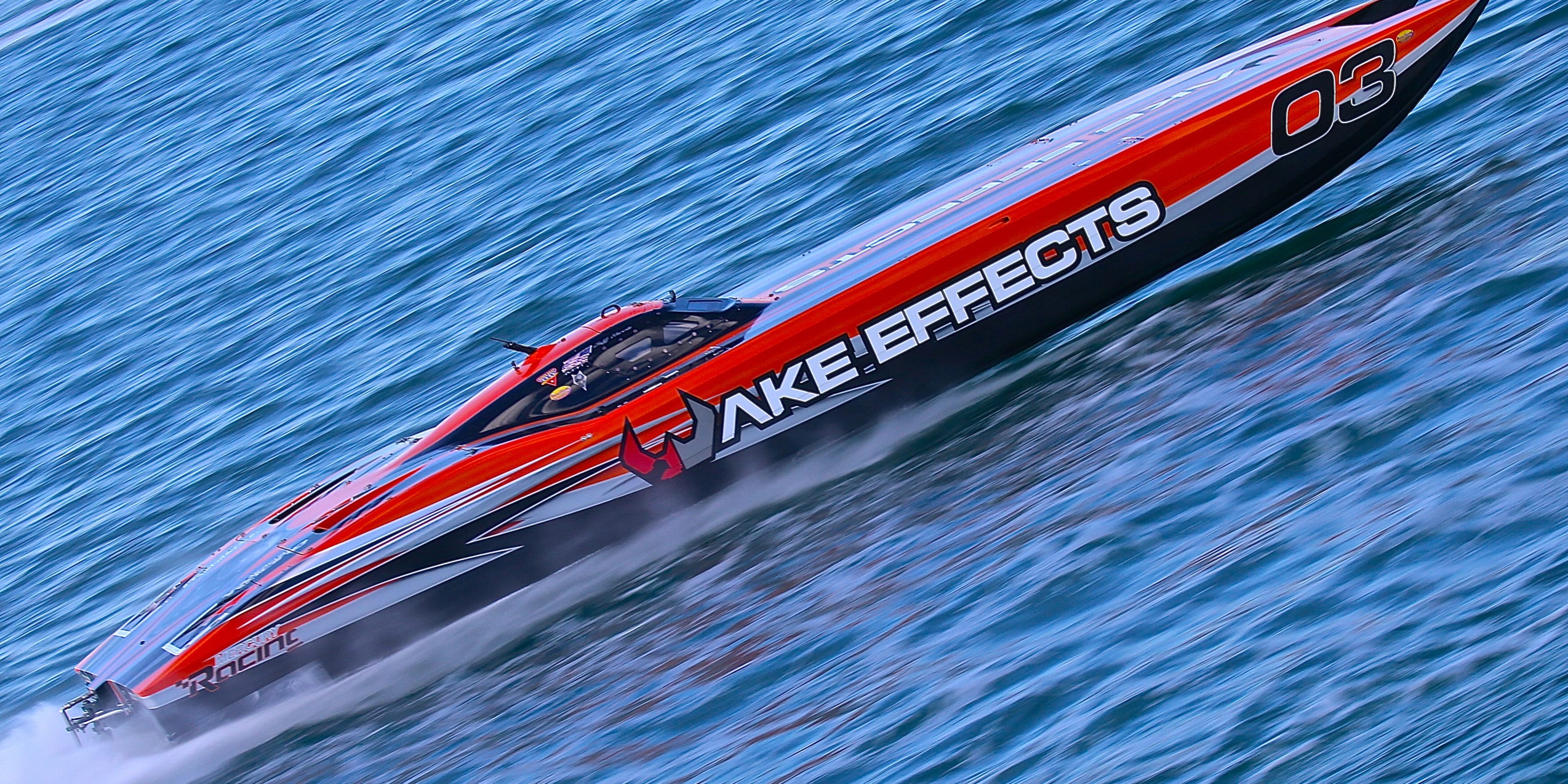 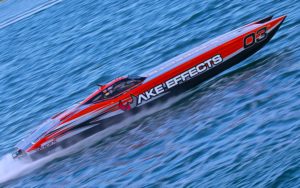 Team CMS came back with a 1-2 punch later in the week. CMS #3 enjoyed a convincing win with Wake Effects, placing a close second. Wake Effects won the final round, which counts toward double points. The accumulation of points over three days of competition was enough for Wake Effects to capture the world championship. Wake Effects finished nine points ahead of Team CRC Sunlight Supply, another MTI catamaran powered by Mercury Racing 1650 competition sterndrives. CMS #3 rounded out the Superboat Unlimited World championship podium, finishing third overall.

All but one of the eight-boat Super Boat Unlimited field were powered by Mercury Racing QC4v -based engine packages. The engine has transformed offshore powerboat racing and performance pleasure boating with the transition from 2-valve pushrod big blocks, to the 4-valve – direct overhead camshaft valve train featured on the QC4v.

“Erik Christiansen has done a great job leading the Mercury Racing organization. I appreciate his engineering skills for one – the QC4v he created is a great motor. I own a bunch of them – for race and pleasure,” said Team CMS owner Bob Bull. “His passion for racing and what he does for a living are contagious. You can see it from the guys building the engines all the way through management. That passion and spirit is why Mercury Racing is head-and-shoulders above the competition,” Bob concluded.

This article was originally posted on MercuryRacing.com.