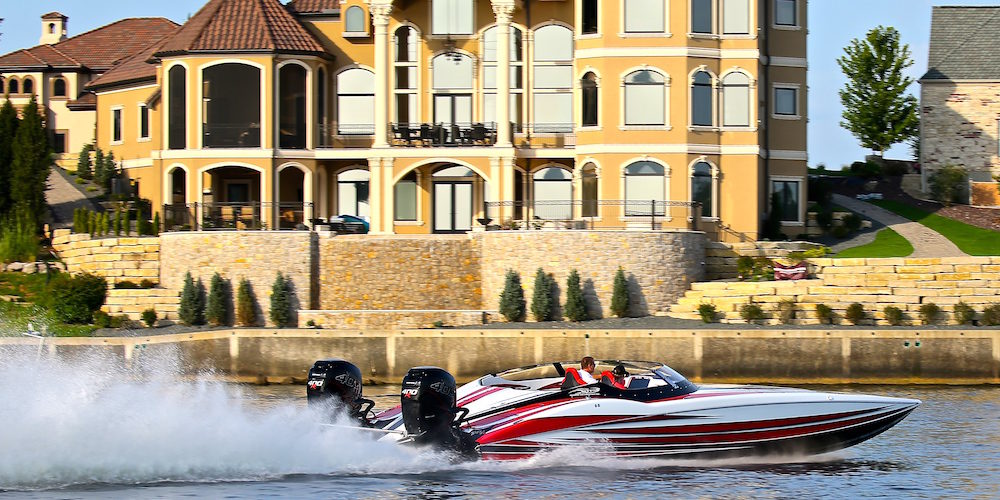 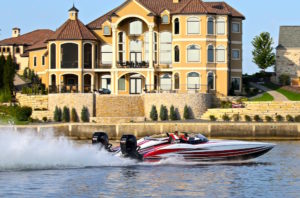 The new MTI 340X Catamaran, an outboard-powered go-fast beauty, is bound to attract a big fan base. Check out this recent featuring from Boats.com, showcasing one of the latest projects from Marine Technology Inc, below!

Introducing a new model in the high-performance powerboat world is tricky business. It doesn’t always go as planned. Just ask Randy Scism and the crew at Marine Technology, Inc., in Wentzville, Mo. Several years ago, they decided to add a 36-foot offering to their line of go-fast stern-drive catamarans, previously ranging from 42 to 52 feet. Everything about the 36-footer, from performance to aesthetics, was right in line with what performance-boat aficionados have come to know and love about MTI, and yet the new boat failed to produce significant sales. According to Scism, the founder and owner of the company, it was customer demand that drove him to introduce the then-smallest model in the MTI line. And yet the buyers failed to materialize.

But that was then, as the saying goes, a few years before the Mercury Racing Verado 400R outboard revolution began in 2015 and changed the game. The most popular new engine introduction in the history of the Fond du Lac, Wis., high-performance marine builder, the powerful, reliable, and quiet 400 HP outboard didn’t just find its way onto the transoms of performance-oriented center-consoles. It created a resurgence in the 29- to 36-foot sport catamaran market.

Introduced in August 2016 during the Lake of the Ozarks Shootout in Central Missouri, the 340X is MTI’s first foray into that market segment. And what a spectacular entry it is, starting with its flawless red, black, and white in-house paint job and slinky, soft, low-profile curves. In essence a scaled-down version of MTI’s 48-foot cat, the 340X features a wraparound windshield that does an excellent job protecting the cat’s uncommonly spacious six-seat cockpit. The interior, which is produced by MTI, is finely crafted and matches the vibrant paint colors.

This article was originally posted on Boats.com.