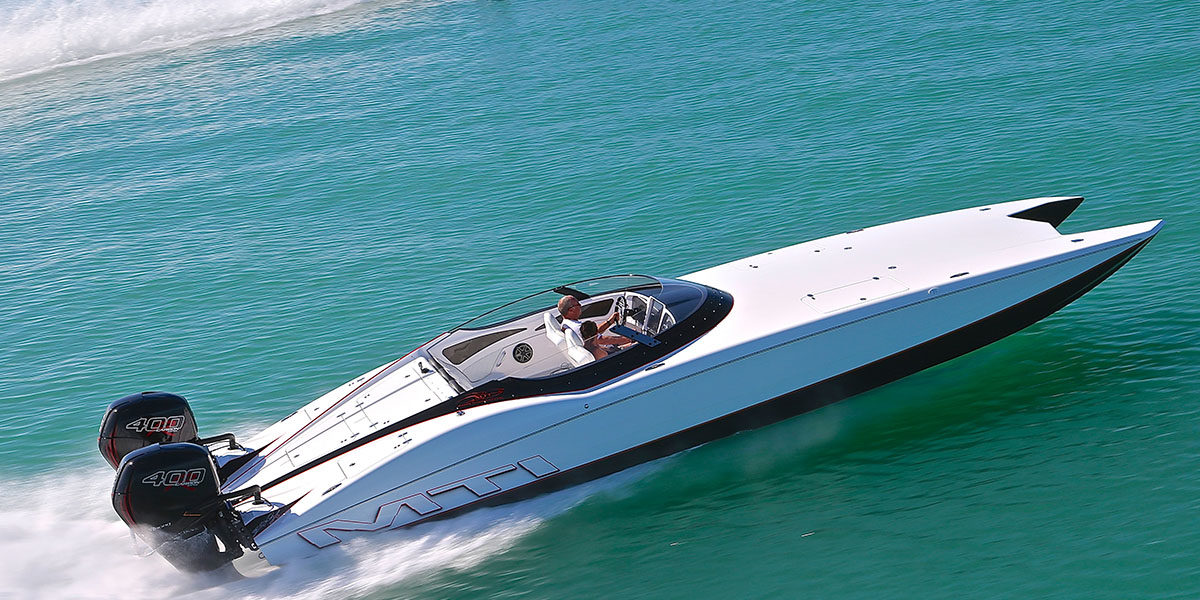 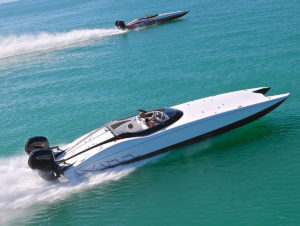 MTI owners participated in the second MTI Owners Fun Run following the 2017 Miami International Boat Show in Florida Keys!  Check out a recap of the exciting event, as published by Speed on the Water.

With more than 20 boats in attendance from the famed catamaran and V-bottom builder in Wentzville, Mo., the Marine Technology Inc. Fun Run from Miami to Marathon, Fla., (and beyond) showcased a little bit of everything that MTI has to offer.

The fun run began in Miami on Thursday and headed southwest to Marathon’s Faro Blanco Resort & Yacht Club, the host location for the MTI crew as well as the Florida Powerboat Club’s Miami Boat Show Poker run, which took place at the same time. On Friday the MTI fleet headed to Island Grill in Islamorada for lunch followed by a dinner gathering back at the Faro Blanco that evening.

On Saturday, the group ventured to Key West some 45 to 60 miles away depending on if the boats took the outside or inside legs to the popular destination. Beyond that the owners, which didn’t pay an event fee and handled all of their own food and lodging according to their own tastes, were on their own to have a good time and explore the Florida Keys.

While he spent most of his time with Gargiulo, his longtime friend and customer, in the breathtaking 52-foot cat powered by twin Mercury Racing 1550/1350 engines, Xtreme Powerboats owner Larry Goldman had a great time assisting various customers on both the MTI fun run and the FPC poker run.

“I went back and forth between the events and it worked out great,” Goldman said, adding that Gargiulo participated in both runs and displayed the 52-footer, which earned the FPC event’s best catamaran award, at the MTI docks one day and the FPC docks the next day. “We had a great group of customers down there and our crew was offering full support up and down the keys the entire time.

“Gino’s boat ran phenomenal all weekend—we tore around every day and it didn’t miss a beat,” he added. “The only thing we had to deal with was cleaning out the sea strainers. But when you’re running around everywhere between 125 to 165 mph that’s going to happen. Tim Gallagher and the team at MTI organized a great event and took good care of everyone—I think this is only the beginning for the MTI fun run. Other customers are going to hear about how much fun it is and they’ll want to be a part of the next one.”