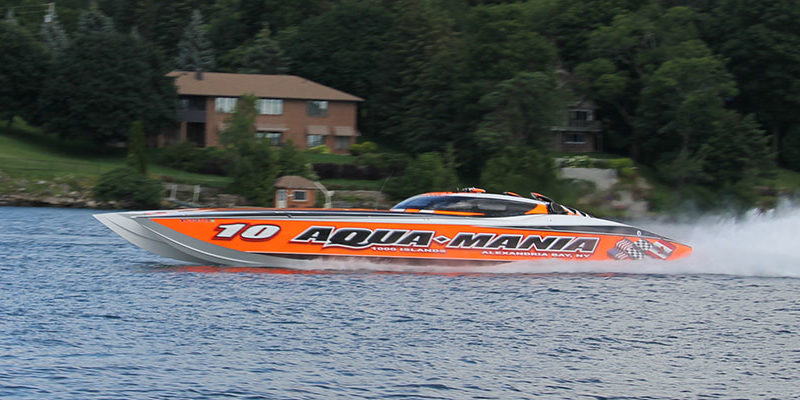 Photo courtesy of Speed On The Water

Check out this recap article about the 1000 Islands Charity Poker Run and learn which Marine Technology Inc. boats participated!

For a first-year event, there’s no doubt the volunteer team behind the 1000 Islands Charity Poker Run in Clayton, N.Y., did a tremendous job. Were there speed bumps along the way? Of course, but there always are when it comes to producing an event with 70 boats in attendance, especially in a small town that’s not used to hosting a performance boat showcase like the event turned into.

Along with several high-end V-bottoms and catamarans such as the wildly popular turbine-powered Aqua-Mania MTI that was front and center during lunch at Clayton’s Frink Memorial Park, highlights included castle explorations and trips to Canada by performance boaters such as California’s Devin Wozencraft, who brought his family and took them sight-seeing in the U.S. and Canada on both Thursday and Friday, and the spectator support along the scenic course that went from Clayton to Ogdensburg and back with a quick run to Cape Vincent and back after lunch.

All of the comments I’ve heard so far have been positive, including a glowing review from MTI’s Tim Gallagher, who was riding in Ken Lalonde’s 48-foot MTI catamaran powered by twin Mercury Racing 1350 engines.

“The guys behind this event have done a remarkable job for a first-year poker run,” Gallagher said. “The venue is great and the people are cool. I can see this event becoming pretty popular and selling out right away.”

These articles (1) (2) was originally posted on SpeedOnTheWater.com