Bob Christie and the Journey to the MTI 340x 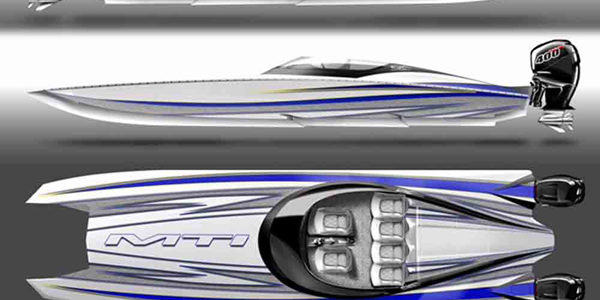 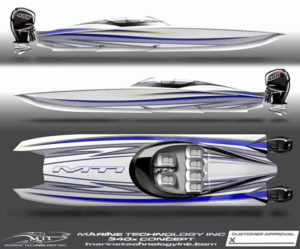 Check out this customer feature, as published on Offshore Only, showcasing Bob Christie’s MTI 340x.

A well-known member of the New Jersey high-performance powerboating community, Bob Christie, was sure he was done with go-fast catamarans when he sold Speed Racer, his equally well-known 44-foot Marine Technology cartoon-themed catamaran, several years ago. He thought that he and wife, Madelyn, with their three adult daughters and growing gaggle of grandchildren, were ready to slow down and go the performance-oriented center console route. So they ordered a new 38-footer from Statement Marine.

But soon enough, the Statement was gone, replaced by a pre-owned Cigarette Racing Team 42X V-bottom sportboat powered by Mercury Racing 1100s engines. The Christies hung onto the 42-footer for a couple of years and enjoyed owning it, but eventually felt the urge to return to a center console. This time around, they ordered a new Cigarette 39 GTS.

“To be quite on honest, I missed the speed and I missed the ride,” said Christie, who with his wife visited MTI company founder and owner Randy Scism a couple of weeks ago at the company’s facility in Wentzille, Mo.

The Christies met with Scism in the morning and made the short flight—via private aircraft—to the Lake of the Ozarks for an afternoon test session in an MTI 340X docked at Scism’s lakefront home.

“Randy throttled and I drove to start,” said Christie. “Next thing I know, we’re going 115 mph and there’s no wind at all in the boat, even in the back where Madelyn was sitting. She didn’t even have to put a hood or hat on. Then I throttled and drove.

This article originally posted on OffleaseOnly.com.