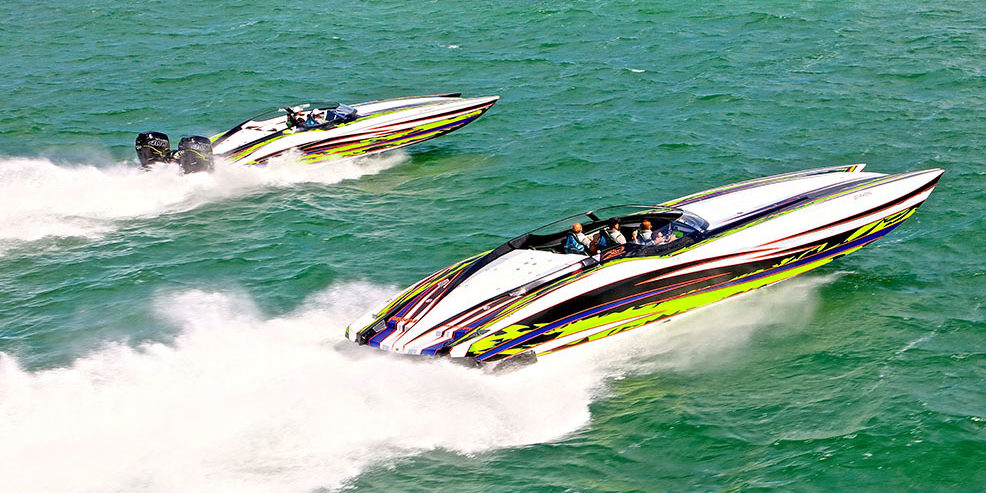 While all of the photos have not yet been released, we got a sneak peek of Johnny O’Loughlin’s matching MTI catamarans as shot by Pete Boden for the Speed On The Water 2017 Year In Review print magazine coming out in January. Read below for an excerpt of the article as published on speedonthewater.com. 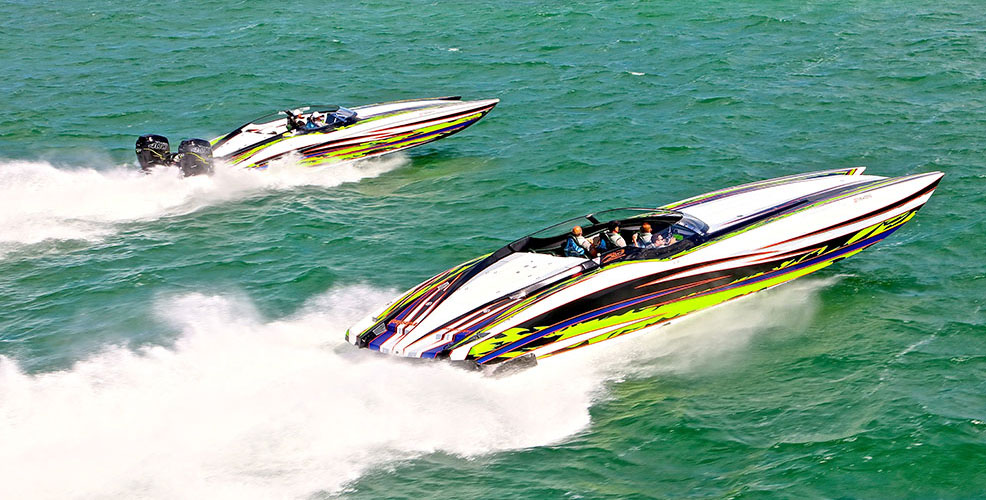 While every boat in the photo shoot was quite spectacular, the two MTI catamarans owned by Johnny O’Loughlin of New York were special since we were able to take photos of them running separately as well as together. With O’Loughlin driving the 48-footer powered by twin Mercury Racing 1350/1550 engines and Jimmy McIntyre of Falcon Performance Marine Center in Quogue, N.Y., driving the 340X catamaran powered by twin Mercury Racing Verado 400R engines, the two very colorful and superbly detailed boats looked fantastic running alongside one another.

While we’re saving some of the best photos for the Year In Review magazine and our end-of-the-year digital magazine, we couldn’t help but share one image of “Johnny O’s” twin MTIs blasting along the beautiful waters of Key West.