Offshore Powerboat Racing is racing by large, specially designed ocean-going powerboats, typically point-to-point racing. These powerboats, probably some of the largest, most dangerous, and most powerful racing machines of all, and the extreme expense of the boats and the fuel required to participate , make it an expensive and elite sport. Many different types and classes of boats can compete in individual races, on the same course, at the same time. Offshore racing has widely been known as a “Rich man’s” sport, however, now even people with normal pleasure boats can compete in some newly formed classes (with minor mechanical modifications). This may include  V-bottom boats and catamaran style boats. Depending on the class, speeds varies from 85 mph (105 km/h) to 200 mph (321 km/h). In the USA, the premier series is Super Boat International. The other racing series are the Offshore Super Series and OPA. In Europe, Middle East and Asia, offshore powerboat racing is led by the UIM regulated Class 1 and Powerboat GPS. 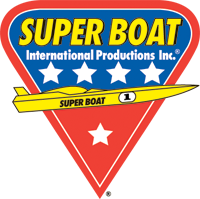 Class 1 is often referred to as the equivalent of Formula 1 motor racing as it is the pinnacle of offshore powerboat racing. It combines technology and driving skills to produce a spectacular race series. Class 1 has come a long way technologically since first being sanctioned by the U.I.M. Although there are team sponsors, the sport is still an amateur sport financed by a mixture of private funding and commercial sponsors. One of the benefits of sponsoring an offshore powerboat team, as stated by team owner and driver Bjørn Rune Gjelsten, is that in Formula One motor racing, 1 million will only allow a small space, whereas in offshore powerboating, this covers the whole of the boat.

The Offshore Super Series Powerboat Racing Association (OSS) was founded in 2003 by an elite group of race team owners and professionals to form a unique racers organization. Focused on fairness and safety, the founding fathers had a vision of a racer’s organization that would ensure the members would have a say about the rules and direction of their future. The combination of membership input and a dedicated staff set a benchmark which continues to present offshore cat_lite_spray.jpgracing events second to none. The exceptional professionalism and safety measures are hailed and admired by participants, industry professionals and attendees alike.

Welcome to the OPA Racing Organization. We are a society dedicated to a sport which doesn’t get the recognition it deserves–the thrilling sport of Offshore Powerboat Racing! We have members from all over the East Coast—running 200 strong! You can find us racing every other week beginning in mid June of each year. Our race venues span the East Coast from New York to Maryland to the Great Lakes area. We end the year in November at our World Event in Florida where we team up with all of the other racing organizations of Offshore Powerboat Racing. Our summer race events are easy to catch as they occur on weekends. The Florida race event is a week long powerboat racing experience.