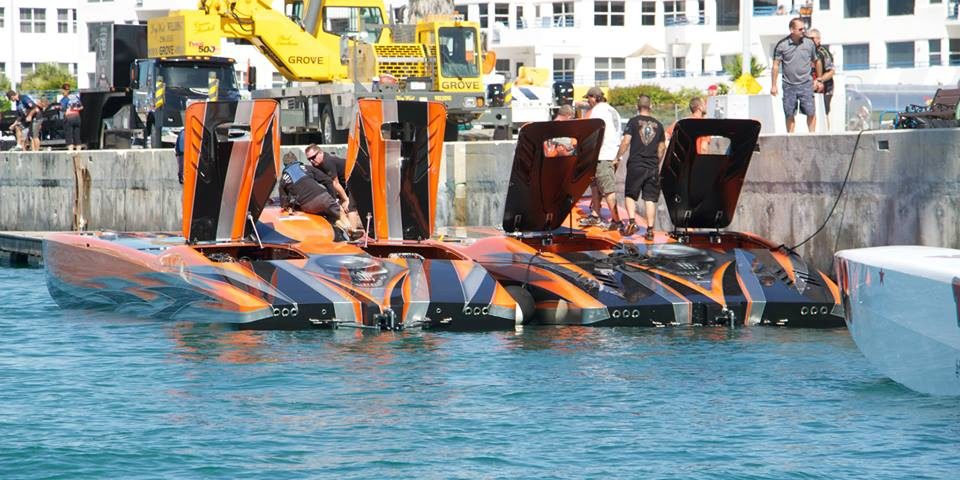 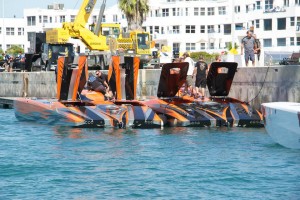 Before we cover the second of three installments to the 2014 Super Boat International World Championships in Key West, let’s recap what happened on Day 1.

With the early retirement of the #3 52′ MTI Catamaran of Randy Scism and Bob Bull, the #03 48′ MTI of Jeff Harris and Johnny Tomlinson took up the mantle of representing the team in the first race of the 2014 Key West World Championships. The #03 stormed out to an early lead and was able to comfortably manage the gap to second place throughout the race. The #03 finished all 10 laps in the lead, capturing first place in the first race and leading in points heading in to Friday’s second race. 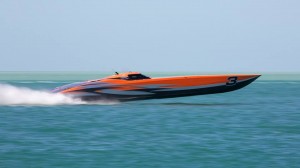 “Racing conditions were flawless today—the course was short and really, really fast,” said Tomlinson. “You’d get around turn one and then you’d be right on turn two.

“Bob and Randy are pumped,” he added. “We’ve just got to do it one more time.”

CLICK HERE TO READ MORE FROM SPEED ON THE WATER MAGAZINE

If you weren’t able to watch the races, you can catch up on ALL of the action via the Official Super Boat International Livestream, here. Or, you can watch today’s race below.