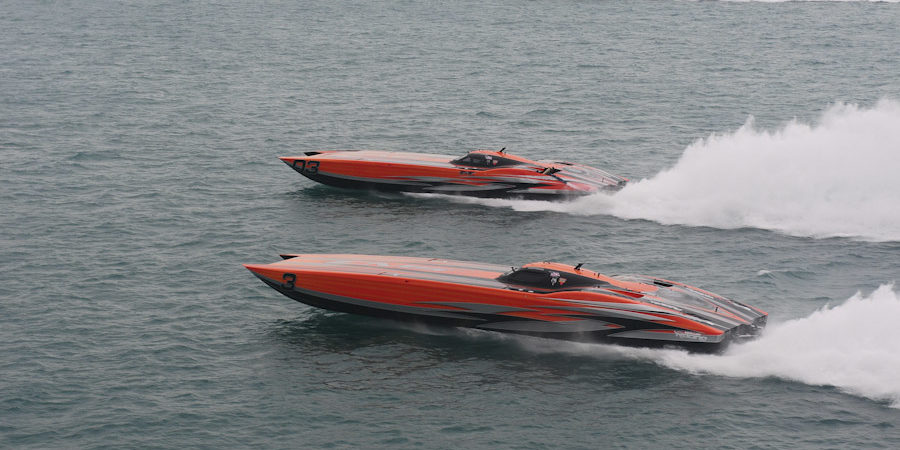 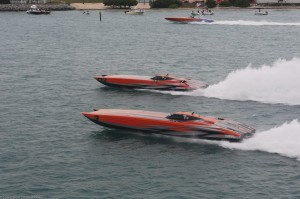 CMS Offshore Racing are the Super Boat International World Champions!! After a week of relentless team effort the team secured a one-two finish in the third and final race in Key West, Florida yesterday. A CMS Offshore Racing Marine Technology Inc Catamaran powered by Mercury Racing 1650s took first place in every. single.‪ SBI‬ Unlimited Class race this season – unequivocally staking a claim to the top spot of the championship podium. After a great night of celebrating, work towards the 2016 Super Boat International season begins today. CMS Offshore Racing would like to thank its crew, technical partners, and the fans with their tremendous support who all play a role in keeping the 52′ and 48′ ‪MTIs‬ flying across the water and performing as well as they did this season.

Check out this stellar feature by Speed on the Water Magazine, covering the action from the 35th Annual Super Boat Key West World Championship, as published the evening after the final race

Today’s first-place finish of the CMS 03 48-foot MTI catamaran and the second-place finish of its sistership, the 52-foot CMS 3 MTI, left no doubt about which team would leave Key West, Fla., with the 2015 Super Boat International Unlimited-class world championship. The Miss GEICO team’s 44-foot catamaran chased hard and gave CMS 3 a good run, but broke down between turns No. 1 and No. 2 near the end of the race.

Though it showed up early to knock Team CRC out of the race, the mechanical attrition that has plagued the Unlimited class this week held off later than usual. But it eventually arrived to claim Performance Boat Center/Speed Racer, Alex and Ani and—as previously noted—Miss GEICO. Clearly the day belonged to throttleman John Tomlinson and driver Jeff Harris in the 48-footer, as well as CMS team owner and driver Bob Bull in the 52-footer.

“On the first lap, we went into turn No. 1 in third place behind Miss GEICO’s roostertail,” Tomlinson said. “Right when we came out of the turn and entered the head-on seas, I started pulling away from them on the way to turn No. 2. Bob got the world championship and we got No. 2, that’s what we wanted. It was about 4-foot out there. We ran moderately hard, but still safely and conservatively. Everybody is happy and everybody came back in one piece. Now we move on to the next one.”

This article originally posted to SpeedontheWater.com.