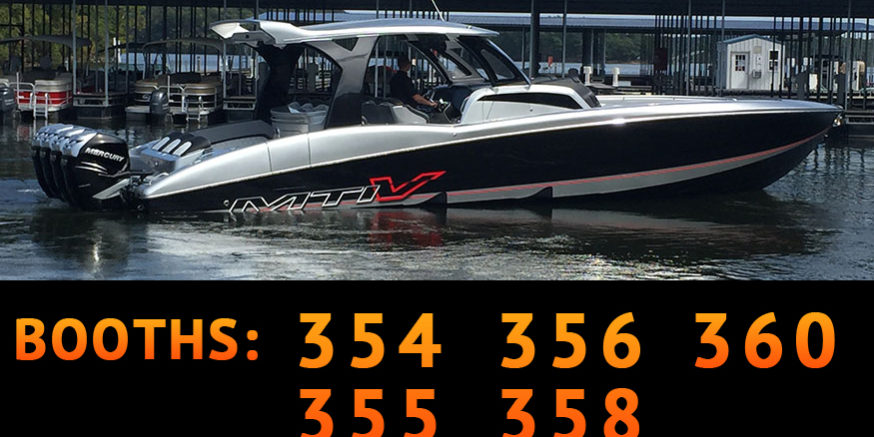 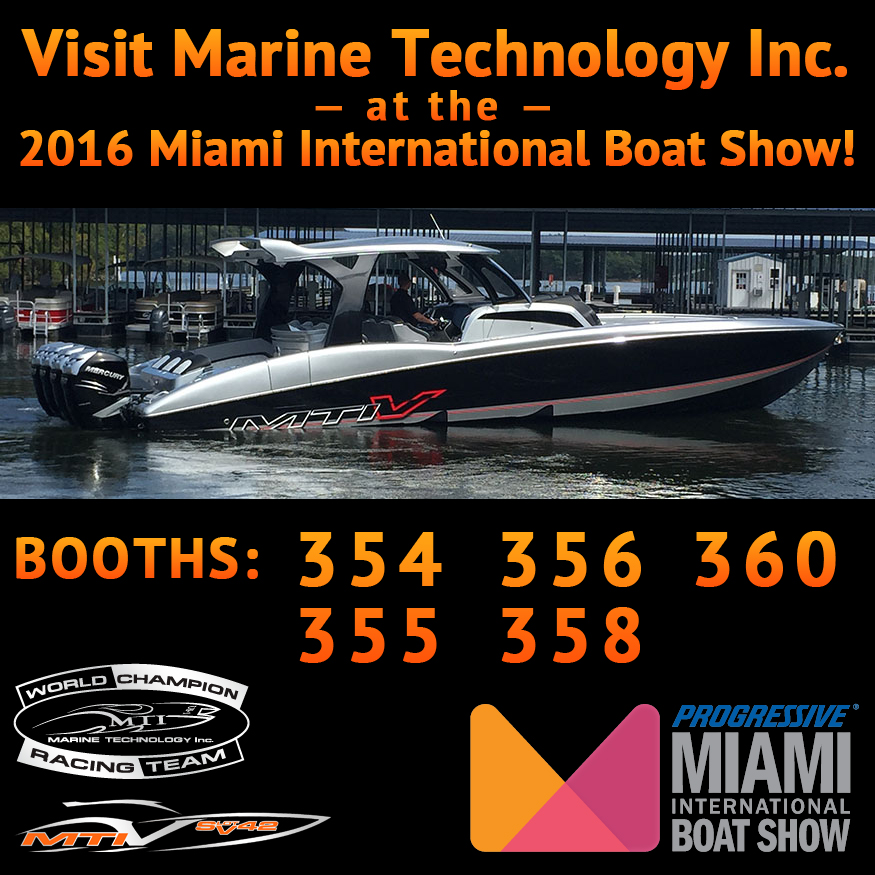 Jason Johnson of Speed on the Water recently caught up with our own Tim Gallagher for some details and sneak peeks on the MTI booths at the Miami International Boat Show! Check out what he had to say, below.

As are many of the exhibitors getting ready for tomorrow’s Miami International Boat Show (Feb. 11-15), the team at Marine Technology Inc., is eager to see how the event plays out this year at its new venue—Miami Marine Stadium Park & Basin on Virginia Key. According to Tim Gallagher, sales and marketing manager for MTI, the company is lining up five boats in the water and a large tented space on some of the outer docks (booths 354, 355, 356, 358 and 360).

“We’re going to have two ‘big cats,’ two new MTI-V 42 center consoles—a sport and a fishing model—as well as our orange demo 42-footer with quad Mercury Racing Verado 400R engines that’s available for rides with qualified customers,” Gallagher said. “People will be able to check out the boats from a different perspective than they’re used to at the show but they’ll still be able to hang in our tented area, get more information about the boats and enjoy the videos we’ll have playing.

“We are glad to be on the outer docks because we can easily handle demo rides and we because we don’t have to move these million-dollar boats into the show, where they’ll be sitting in saltwater, too far in advance,” he continued.

Gallagher added that the Wentzville, Mo., company, will have a larger-scale model of its outboard-powered 34-foot catamaran on display at the show. MTI’s goal was to get the 34-footer, which it announced in Miami last year, finished in time for the show, but production on center consoles and larger catamarans delayed the new project a little.

Following the show, Gallagher and Randy Scism, MTI’s owner and founder, have invited dozens of MTI customers to join them for an Owners Fun Run from Miami to Marathon in the Florida Keys (Feb. 18-21). Gallagher said the response has been better than expected and that MTI is planning to host more owner fun runs throughout the year. Look for complete coverage of the fun run on Speed on the Water.