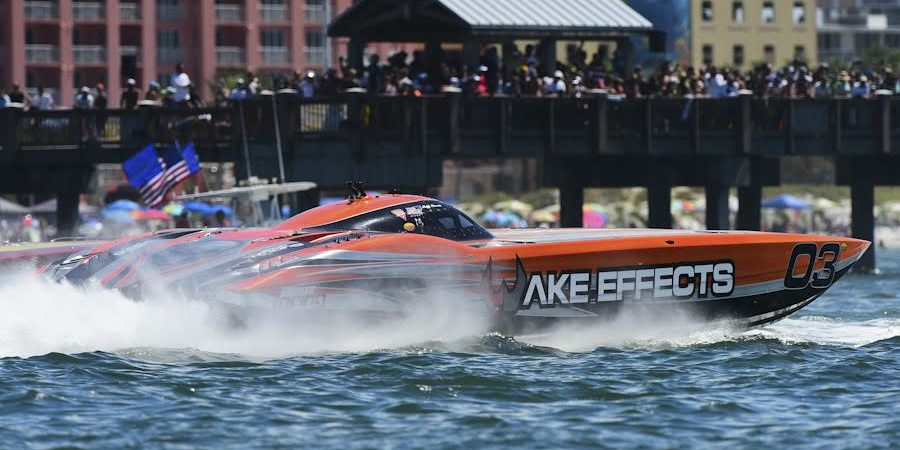 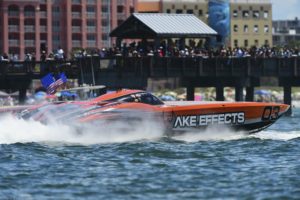 The latest digital release of Speed on the Water Magazine features hefty reviews of 2016 Key West Worlds. Check out an interview with Rusty Rahm, owner and driver of the Wake Effects MTI catamaran, below!

Rusty Rahm, the owner and driver of the 48-foot Wake Effects MTI catamaran, returned to Osage Beach, Mo., with a Superboat Unlimited class world championship under his belt. Rahm and seasoned throttleman Jeff Harris finished a distant sixth Wednesday and second on Friday. But their victory on Sunday was enough to move them past second place overall finisher Team CRC/Sunlight Supply by just nine points.

“I’m speechless, I really am,” said Rahm, who owns Wake Effects, an MTI and MasterCraft dealership in Osage Beach. “Everything came together perfectly for us on the final day. I still can’t believe it. I didn’t expect to win it with (fellow MTI stable-mates) Bob Bull and Randy Scism here. I was optimistic that our team could go 1-2 overall, but I really didn’t think we’d be No. 1.”