MTI at Lake of the Ozarks Shootout Week 2017 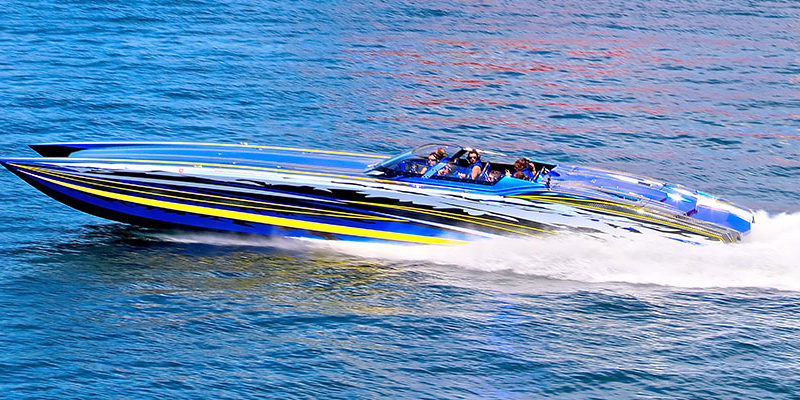 Speed on the Water recently published an article recapping all of the festivities set to take place that MTI will be involved in during the 2017 Lake of the Ozarks Shootout Week! Check out some of the highlights, below.

There’s no doubt the Lake of the Ozarks Shootout, and all of the festivities surrounding the weeklong event in Central Missouri, is always a big deal for the team at Marine Technology Inc. in Wentzville, Mo., but this year the MTI crew appears to have even more in store for its current and future customers.

“On Thursday evening we are hosting a dock party for our MTI owners and friends,” Gallagher said, adding that if anyone did not receive the invite to e-mail or call him to get on the list. “The next day we are going to do the historical Friday fun run to Big Dicks.”

As usual, MTI is going to have a huge presence at Captain Ron’s on Saturday and Sunday for the Shootout with many company boats and customer showpieces on display at the covered dock closest to the channel.

“We always look forward to spending some time with everyone on the dock at the Shootout,” Gallagher added. “We will be up early and staying up late—we will certainly be easy to find.” 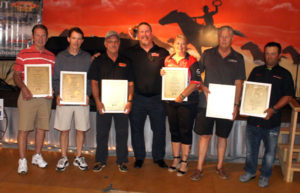 Photo Courtesy of Offshore Only

Like it’s been the previous four years, the Lake of the Ozarks Shootout Bob Morgan Memorial Hall of Fame dinner ceremony on Tuesday evening at the Stables at Cannon Smoked Saloon in Gravois Mills, Mo., was an unforgettable evening filled with speeches (or lack thereof) and tributes to several people who have made their mark on the event, which celebrates 29 years this week.

With six inductees into the fifth annual Hall of Fame, including three that are no longer with us, emcee Kevin Burns of 93.5 Rocks the Lake, took to the stage to honor this year’s class beginning with the late Richie Prince of Louisiana. It was a somber opening no doubt, but between the well-stated tribute, the slideshow featuring Prince making passes along the one-mile course and Randy Scism, the owner and founder of Marine Technology Inc. in Wentzville, Mo., accepting the plaque on the Prince family’s behalf and inviting Prince’s friends in the room to join him, it was a touching moment.

“Richie was a great guy, just an awesome person,” said Scism, who was a member of the inaugural Hall of Fame class. “He would have been so honored to be a part of this group. He loved this lake and always called Lake of the Ozarks his home away from home.”

The mood changed almost immediately as one of Scism’s longest-running customers and offshore racing teammates, Bob Bull, came up to the stage following Burns’ speech and proceeded to grab his plaque and head back to his table.

“Hold on a minute Mr. Bull,” Burns said. “In the radio business, we call this an interview.”

He proceeded to ask the longtime supporter of the Shootout how it felt to be part of the Hall of Fame, and Bull—a humble man who doesn’t normally have much to say—smiled at Burns and walked back off the stage. Of course everyone laughed and Burns moved on to the most rousing part of the evening, the induction of Carrie Sixkiller of Kansas.

These articles (1, 2) originally posted on SpeedontheWater.com and OffshoreOnly.com.